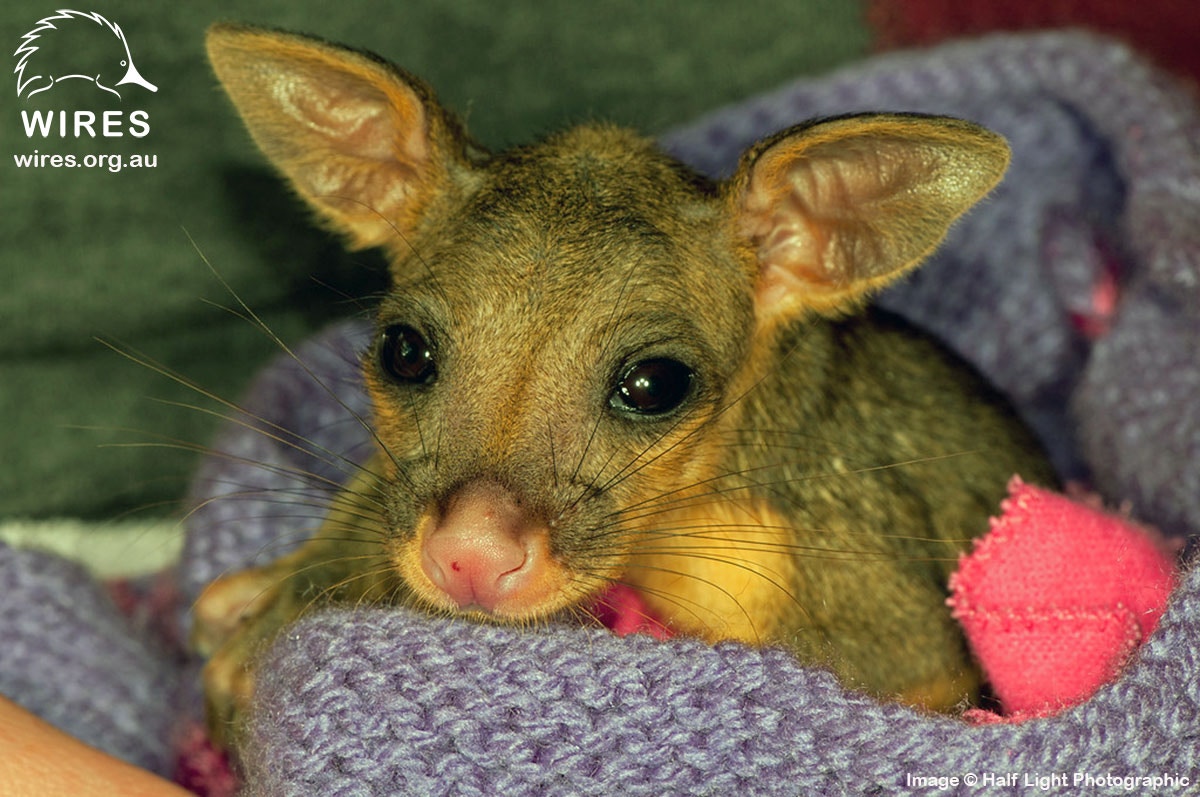 “One memorable rescue story happened not all that long ago. It involved Slick the Ibis. We received calls from upset members of the public that a bird was hanging around a suburban park with some kind of a skewer protruding from its chest. We think what happened was Slick dive bombed into a bin of rubbish. Park goers often use that area for BBQs and picnics and we think he just must have soared right down onto the rubbish and effectively impaled himself.

What made this a memorable story however, was just how adeptly Sick managed to avoid rescue. Several of our members made attempts, and all were thwarted. He’s a big, strong bird and the skewer didn’t seem to be compromising his power and speed. But it was very distressing to see.

As the days dragged on, so too did the number of calls we were getting.

See also: More great reads and adventures in our world of outdoors

One rescuer in particular became very committed to the cause and all his work proved fruitful – he eventually caught Slick. But unfortunately due to parking restrictions his car was some way away, and Slick was a real handful. A well-meaning passer-by stopped and suggested they look after Slick whilst the rescuer fetched his car. Unfortunately the helper tripped and Slick’s cage opened, so he escaped once again.

By that time Slick was well and truly onto this rescuer – he recognised him miles away and so, unbelievably, the rescuer would have to come to the park dressed in a different disguise each time so that Slick wouldn’t see him from afar and fly off. Ibis are incredibly smart, you know!

All up it took around a week to get him. The skewer was removed and Slick was treated and returned to the park about seven days later. What a story of drama and perseverance!”

Suzy’s got plenty more like it, that’s for sure.

When I called her for a chat, she’d just rescued a Lorikeet; as you do late on a weekday morning… Well, at least you do if you’re a volunteer for WIRES, the NSW Wildlife Information, Rescue and Education Service Inc. Whilst talking to me Suzy’s also putting out messages to other WIRES volunteers to see if anyone else has a Lorikeet of a similar size; buddying up rescue animals and releasing them back into the wild together greatly improves their chance of survival.

Suzy’s been a rescuer and carer for nearly three years, and it all came about originally thanks to her sister-in-law, who began volunteering for the organisation years ago. Suzy and her three children would visit her, and invariably as they caught up on family news they would end up helping her to collect native foliage to feed rescued possums. During one particular visit they were fortunate enough to be involved in a release; the day an animal who has been rescued and cared for is then returned to its native habitat. Seeing the end of that journey and understanding how rewarding it was for her sister-in-law sparked something in Suzy. She had been a doggy rescuer for many years by this point, but it got her thinking that perhaps she should turn her hand at helping native wildlife instead. She now chairs the whole of WIRES Inner West Sydney, and sees members rescuing largely birds and possums, but every now and again there will be a native curve-ball to keep them on their toes!

What Needs Rescuing And Why?

WIRES across the state is committed to rescuing and caring for native Australian wildlife 365 days a year. For Suzy and her Inner West Sydney cohorts, this usually means a lot of possums, especially Brushtails and Ringtails, and birds, in particular Ibis, Cockatoos and Lorikeets.

The reasons for their rescue are varied.

The lion’s share need help as a result of habitat loss – developments encroach on their homes and they simply have nowhere to go, nothing to eat.

Mother Nature can also deliver cruel blows – baby possums fall out of trees, birds get waterlogged, joeys riding on their mother's backs simply get blown off.

Then there’s car accidents, which invariably kill mothers and see babies in pouches become instantly orphaned, or attacks from other animals.

There’s also parent rejection. Sometimes the mother just instinctively and innately knows her baby isn’t right, and leaves it to die. A well-meaning member of the public will come across it and rescue it, and all the care in the world won’t keep it alive. There will be no external signs that something is wrong, but the mother is proven correct and fate befalls the little one.

When Suzy first began volunteering for WIRES, she would go out to rescues with her son. He’s now a teenager and has since become ‘interested in teenage stuff’, so Suzy’s eight year old daughter has picked up the baton. Suzy’s three children (aged eight to 16) help to clean and collect native foliage to feed the animals, and they all have an exceptional knowledge of native species that Suzy is convinced wouldn’t have existed without their WIRES involvement.

Importantly, they each understand that their duty is first and foremost to keep an animal out of pain and not to treat it like a pet.

WIRES volunteers offer varied services. Some are just involved in the rescue stage, others just in the care process, and others again will do both. Suzy falls into the latter category as well as taking up the administrational responsibilities of Chairing her region. She will spend anywhere up to 30 hours a month in her role rescuing, caring, administrating, and handling a lot of the organisation’s media interviews (Suzy’s “other job” is in media).

As a WIRES volunteer she has a licence, and that often means she is tasked with the difficult decision of deciding – along with a vet – whether an animal should be euthanased. She is responsible for the rescued animal’s welfare, and that sometimes can mean making hard choices.

WIRES is a charity and as such relies on donations from the public to maintain its valuable work. Caring for rescued animals also means assuming responsibility for some of the financial costs. WIRES volunteers are indebted to the exceptional generosity of vets around the state, who will often waiver fees or heavily reduce them. Members of the public who call in a rescue will be equally well spirited, often making a donation to WIRES at the same time. Suzy will often head to parks to collect native foliage, which is then taken back home and fed to her rescued animals. She wears a special WIRES vest when she does this, as often she will be approached by people wondering why she is trimming trees or bushes. The moment they learn the reason, they are incredibly understanding.

As Suzy says, people really want to know that animals are being cared for.

According to Suzy, you get attached, but not in the same way you would with a domestic pet. You simply just want the best possible outcomes for those in your care. It can be really upsetting when Suzy is caring for a particular animal and, for whatever reason, days into the process she wakes up only to find it has passed away overnight. But the reward that comes with that release far outweighs such lows.

The maximum number of rescued animals in her care at the one time has been eight possums and four birds. WIRES members in regional areas would obviously have capacity for a lot more but for Inner Sydney, that’s a pretty full house! Suzy has thought about taking on caring for reptiles as well – she could handle the odd turtle or two in the bathtub for a while!

Did You Hear The One About Opal?

We started with one of Suzy’s favourite rescue stories, so let’s finish with another. This time it’s Opal, the yellow tailed black Cockatoo named such by her carers because she was just “such a precious jewel”. Such cockatoos are rare in Sydney, and the beautiful Opal was found in a local park. Her rescuer put life on hold for three solid weeks, working around the clock to save Opal. She was crop-feeding her three to four times a day, giving her antibiotics, taking her for x-rays. Whilst all this was happening, Opal’s family cottoned onto where she was, and so they relocated themselves to a tree in the carer’s garden. There they would sing to Opal, calling out to her and letting her know they were close by. She’s still not yet strong enough to be released but, Suzy sighs, "wouldn’t it be just wonderful and just the absolute best if she’s returned to her family?"

It’s not hard to see why WIRES impacts the carers as much as it does the animals under their care.