Wind Sports - Get Going in the Right Direction 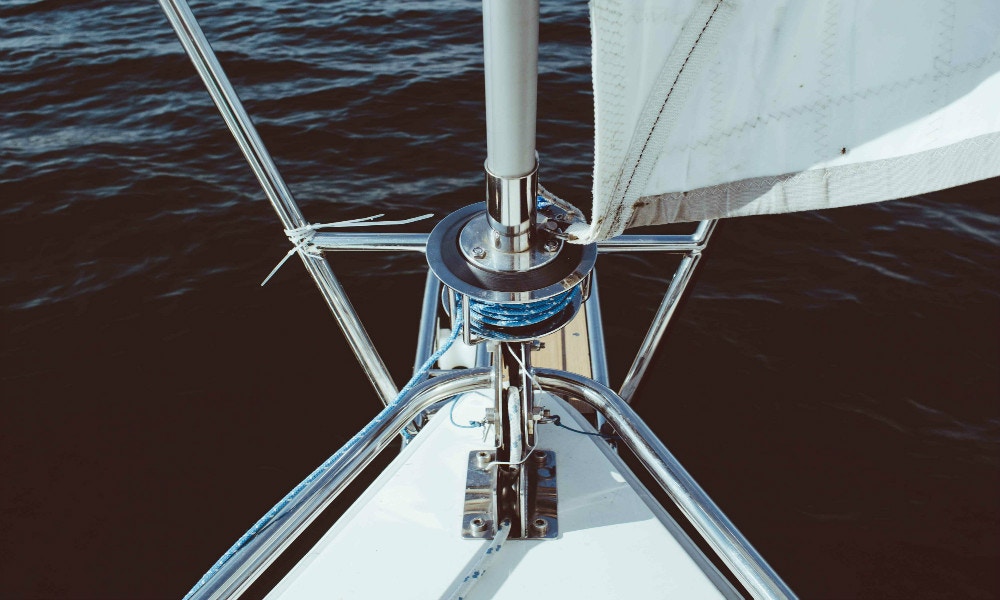 When we say wind, we are not just referring to the invisible force that sometimes inconveniently steals your hat; rather we mean all things wind sport.

Before the invention of the modern combustion engine, if you wanted to go for a vacation in Tahiti you had to sail by boat harnessing the power of wind. While that may seem like a long trip by today’s standards – when compared to rowing the whole way there – sailing was a revolution in transportation.

As the combustion engine slowly replaced wind power as the dominant form of marine transportation, sailing (in its various forms) has moved from the transportation industry to the realms of recreational and competitive sport. This transition has led to the growth of new and popular forms of sailing. No longer is sailing a water-only based activity: today you can sail on land, on ice, and even way up in the clouds.

How does a sail (airfoil) work?

Without getting all “Newton’s third Law of Physics” on ourselves, the way a sail or airfoil works is essentially by either pushing a boat along the water, or by pulling it. An airfoil pushes a boat when it is travelling in the same direction as the wind. The airfoil which is connected to the craft by a mast (or a harness or other such rigging), creates a pocket for the wind to flow into. The vehicle is then pushed downwind.

Sail craft can also travel across the wind. The curve that is applied to an airfoil in its construction and deployment effectively creates a tunnel for the wind to follow, redirecting force towards the rear of the craft. In this way the craft is pulled by the wind perpendicular to the wind’s current direction.

Notice that airfoils can only propel craft either down or across the direction of wind. This means that in order to travel to a point directly upwind, vehicles that employ a sail have to tack (turn) back and forth through the eye of the wind in order to get there.

How do I sail on ice? (that sounds cool).

These days, modern airfoils are implemented in a number of different ways and to propel a range of craft. Whether you are most comfortable on land, at sea, in freezing cold climates or jumping of clifftops (gulp), there is a wind sport for you. They all follow the basic fundamental rules in terms of the way in which they carry their passengers. However, each form is different in terms of the gear they use, and the skills needed to practice them.

Windsurfing is quite simply a fairly modern hybrid of surfing and sailing. Think of a windsurfer as a surfboard with a single free rotating joint at the centre that is controlled by the windsurfer (the rider is also called a windsurfer – confusing we know) in order to catch wind and move across the water.

Windsurfers are primarily used on the ocean and on lakes, and can be seen riding the same waves as surfers while performing exciting aerial manoeuvres – or just going really, really fast due to their light-weight design.

Windsurfers wear warm gear such as wetsuits and protective headwear as it gets pretty cold spending half your time in the water and half your time out of it. A harness can be worn that hooks the windsurfer to the cross bar or boom so as to take weight off the rider’s upper body. This harness can be hooked into and detached quickly so as to avoid being flicked aggressively by the sail during a wipe-out.

It sounds futuristic, but people have been propelling small craft across the surface of frozen lakes for longer than you might think. Ice boats are similar to traditional sailing boats except they run across the ice on skates or rails. The use of iceboats has been recorded as early as the 18th Century for the transportation of goods and passengers across hard frozen bodies of water. In the 19th century they were used for racing; a sport which continues to this day.

If we go even further back, (a thousand years or so!) we can look at the predecessor to Ice boating. Land yachts were used by the Chinese as far back as the 6th Century AD for transportation of people and goods. A modern land yacht is basically a small boat with wheels. Land yachts are usually piloted by a single person for the purposes of racing, but have also been designed to carry teams of racers.

You can see a trend forming here. As the airfoil has been applied to different kinds of craft, those vehicles have been adapted in ways that borrow heavily from multiple - already established - sporting disciplines. This evolution is no more apparent than in kiteboarding.

Flying kites is cool again! The kiteboarder is propelled along the water by an enormous parabolic kite and lifted into the air to perform amazing somersaults and manoeuvres before touching back down on the surf (if all goes to plan).

Kiteboaders use a range of boards designed specifically for the style of riding they perform. Some kiteboards are very similar to those used in wakeboarding as they are light weight and easy to spin and flip. Kiteboarders use gear specific to the discipline, namely: the kite itself, a kite board, a crash helmet and a harness to keep them linked to the kite and reduce the strain on their upper body. Kiteboarding is definitely an extreme sport and so the correct safety measures should be followed to ensure you don’t end up in trouble.

But that’s still pretty cool. Although hang gliding doesn’t strictly use a sail like a boat, the same principles pretty much apply to a wing as they do a sail. Hang gliding is an extreme sport that involves a pilot who is suspended in a harness beneath a triangular shaped wing by a series of cables. A light-weight aluminium or composite A-shaped frame is used to control the craft. In order to launch, hang glider pilots must first pick up their glider, run towards a cliff face, and jump off…. That’s right, hang glider pilots jump of cliffs with big sails on their backs. Some can remain airborne for hours at a time riding natural warm air currents called thermals. Some hang glider pilots perform aerial acrobatics and racing is popular among veterans of the sport.

Paragliding is the close cousin of hang gliding. Paragliders jump off cliffs too, the main differences being they are suspended in a sitting position below a large wing by a series of lines and they don’t have the solid frame that a hang glider has. Paragliding and hang gliding are often performed in the same areas as they both use thermals for lift and are foot launched from sites that are usually located on hills or cliffs with a steep drop off.

Extreme sports – how to have fun and how to survive

Okay so that might seem like a pretty scary heading, but when it all comes down to it, extreme sports such as hang gliding, kiteboarding, and paragliding can be very dangerous; even deadly. Before getting involved in such activities, we strongly advise you get professional advice and training. It is one thing to purchase a kiteboard and rig it up, but it is another thing entirely to understand how wind conditions can affect the amount of lift you will generate based on your kite size and kit etc. Join a club, it’s a great way to learn and meet other enthusiasts.

Regulations are often put in place by governing organisations to control where and when these activities can be performed. Before you go racing down your local beach at 30 knots in your new land yacht, make sure it is permitted in the first place.

Above all else, before participating in extreme sports, make sure you have the right safety gear for the conditions. You might be replaying safety talks from Dad at this point, but Dad was right! The difference between wearing a helmet and not wearing one can be rather painful.

The best way to ensure you have fun and stay safe participating in your chosen wind sport is to go with a buddy. Not only is it much more satisfying to beat your best mate to the mark, but you can watch each other's backs and safety check each other’s rigs before heading out.