Find a store Blog
‹ back
Home
Blog
Features
Why do Mosquitoes Bite Me and Not Others?

Why do Mosquitoes Bite Me and NotOthers? 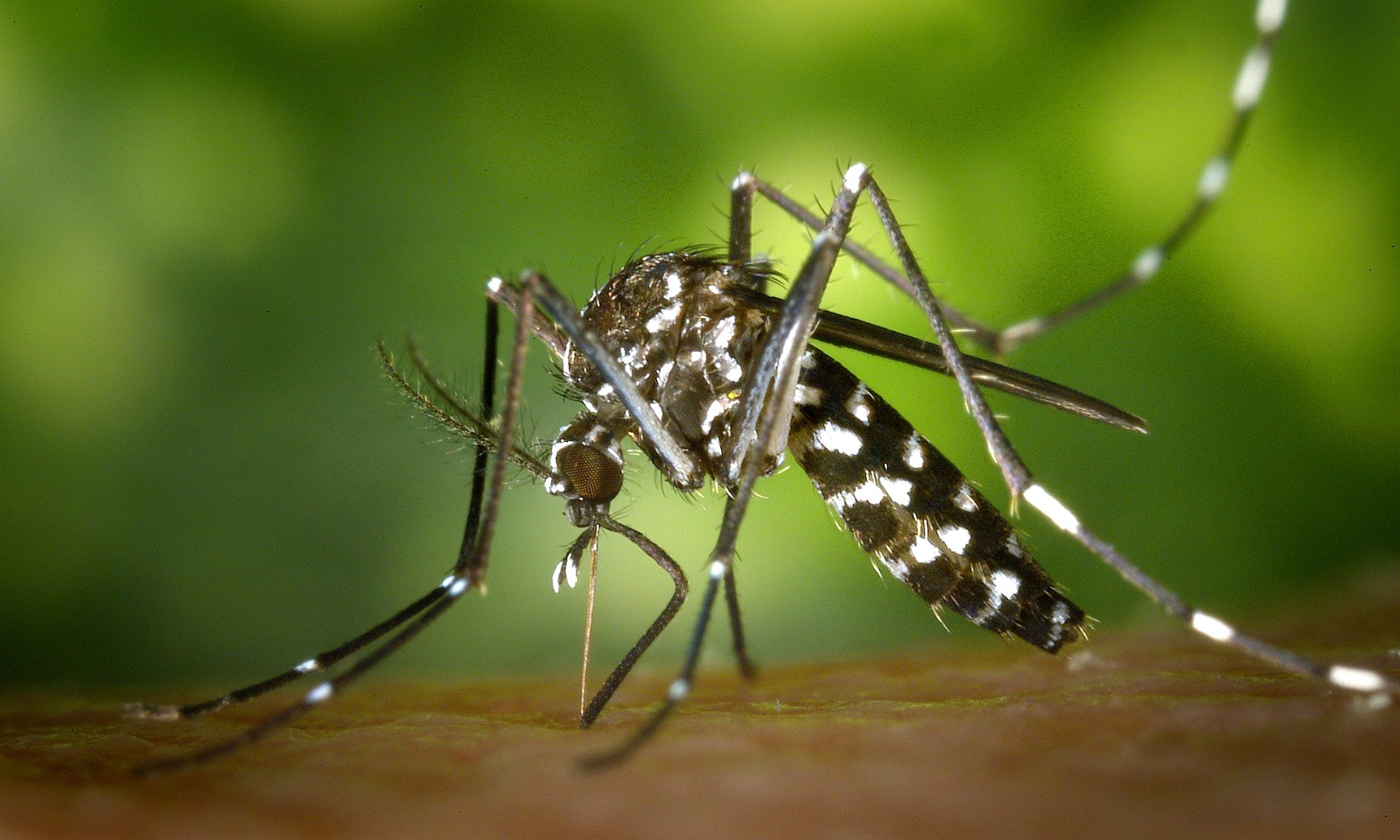 They love me. They love me so much that in the morning I wake to find infuriatingly itchy welts on my ankles, legs, and arms – everywhere. But what’s more frustrating than the irresistible urge to scratch that itch is the fact that my friends always seem to get off, bite-free.

Why is that? Why do mosquitoes love to bite me, but not my friends? Whether we’re having a couple of beers outside after work or we're sitting around the campfire enjoying a meal, the mozzies make a meal out of me.

In an attempt to find some way to prevent (or avoid) future itchy mornings I decided to find out what the scientists had to say. Because while I might be the most attractive out of my friends (to mosquitoes), there must be others out there too; others dreading humid summer nights and the flock of needle-nosed blood-sucking devils that drift along on the air, hunting for blood.

There have been a number of studies undertaken with the goal of better understanding why mosquitoes choose to bite some people more than others. Mosquito-borne illnesses like Malaria, Zika virus, and Dengue Fever are some of the most devastating worldwide; while mosquitoes might be only an annoyance to us here in Australia, I thought it would be interesting to learn what scientists have discovered while trying to formulate strategies to combat mosquito-borne illness, and at the very least, find out why some of us are targetted more frequently than others.

The first hunting technique mosquitoes employ is that used by most other predators. Like many insects, mosquitoes have excellent eyesight and sense of smell. They use those senses to locate and attack favourable hosts.

In an interview with NBC news, Jonathan Day, a professor of Medical Entymology at the University of Florida, explained:

“Mosquitoes are highly visual, especially later in the afternoon, and their first mode of search for humans is through vision.”

He also mentioned that wearing dark colours such as red, black, and navy blue are attractive to mosquitoes.

So there, one step I can take to solve my red itchy woes: start wearing fluoro tie dye shirts…(every day).

Many cases of Zika virus have been reported around the world in 2016, with one report right here in Australia, ABC News reporting that a pregnant Queensland woman became infected by the virus in February after returning from overseas.

Even more concerning was the research that found pregnant women to be more attractive to mosquitoes.

Interestingly, it's not only pregnant women that exhale more CO2 than others. The amount of CO2 people produce correlates with body size: the larger the person, the more CO2 they exhale and the more likely mozzies are to be attracted to them.

Solution? Go for a run.

But here’s the kicker (and my free pass), exercising also makes you more attractive to mosquitoes. That’s right, those needle-nosed devils have some serious sniffers. One study suggested that they can detect the increase in lactic acid in your blood when you work out, hence, why sweaty legs on a hike tend to get attacked.

If you thought smelling changes in the chemical composition of your blood was impressive, wait till you hear this:

On top of this, the researchers found that 85% of people secrete a chemical compound through their skin that makes their blood type more easily detected by mosquitoes. Basically, if you're a type 0 'secretor' you're pretty much a giant mozzie magnet.

Now I’m left looking for answers: my blood type is B so there must be some other factor (in addition to my waistline) that makes me so attractive to the critters.

Yet another interesting study has led me to believe that the problem may not be the size of my jeans after all.

Having learned from previous studies that “Female mosquitoes display preferences for certain individuals over others...determined by differences in volatile chemicals produced by the human body…”, scientists sought to work out whether a person’s genes had any part to play.

What that basically means is, when identical twin pairs exhibited attractiveness (got bitten a lot) both twins were bitten about the same amount. This happened much more frequently than with non-identical twins suggesting that attractiveness to mosquitoes is inherited in a person’s genes.

I don’t know about you, but I thought this sounded strange – mozzies have such powerful sniffers that they can detect differences, not only in our blood but in our genes as well?

Turns out it’s not quite that simple. While our genes indeed influence how attractive we are, it’s not our genes the mozzies are interested in. They’re interested in the bouquet of smells produced by the tiny colonies of unique and highly influential microorganisms living on our skin and inside our bodies.

If you haven’t heard about your microbiome yet, it’s well worth examining closer.

The microbiome is the collective name given to all "the microorganisms in a particular environment (including the body or a part of the body)". Scientists have found evidence that ‘Human genetics shape the gut microbiome’ and now think (as the previous study suggested) that it could be a person's individual skin microbiome (shaped by their genes) that is attracting mosquitoes in greater numbers.

Whether you’ve had a wash recently or not, the microorganisms living on your skin are releasing gases into the air around you that mozzies can detect. According to the study, your microbiome is so resilient, that even if you wash your hands repeatedly, it won’t go away. But don’t worry, these are the good microorganisms that we depend upon to control many important biological processes. If the side effects are a few itchy bites, it’s probably worth the pain.

Now, if all of that was a bit too scientific, you’ll be relieved (or horrified, like me) to learn that there is another thing that definitely increases your chances of getting bitten.

Blast. That explains it. A study in 2002 (unfortunately) concluded that my love of a cold brew on a humid summer night is shared by the little critters. Researchers initially guessed that it had something to do with mosquitoes detecting the increase in ethanol in a person's bloodstream but found no correlation to support the hypothesis.

Thus, the mosquito's attraction to beer drinkers like myself remains somewhat mysterious.

So why do some people attract mozzies more than others? Well, we've seen that there are a number of attractants that can be to blame: if you're a pregnant woman wearing dark clothing sipping a beer while going for a jog, prepare to get eaten.

Fortunately for me, there is at least one highly undesirable thing I can do to make myself less of a magnet. But one thing we still don't know is why mozzies are attracted to beer drinkers.

I have a hypothesis of my own: I think mozzies probably love beer drinkers like me so much because of all the CO2 we 'exhale' – just think back to what we learned about the attractiveness of CO2 earlier!

Now to grab a beer and get proof. 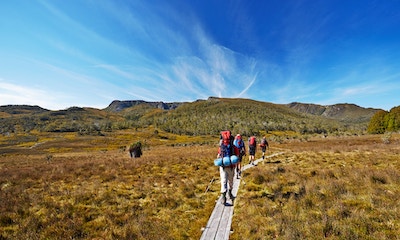 There's nothing like a week or more on the trail to get your lightweight hiking education. So grab your gear and get trekking!... 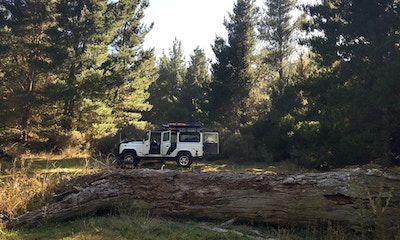