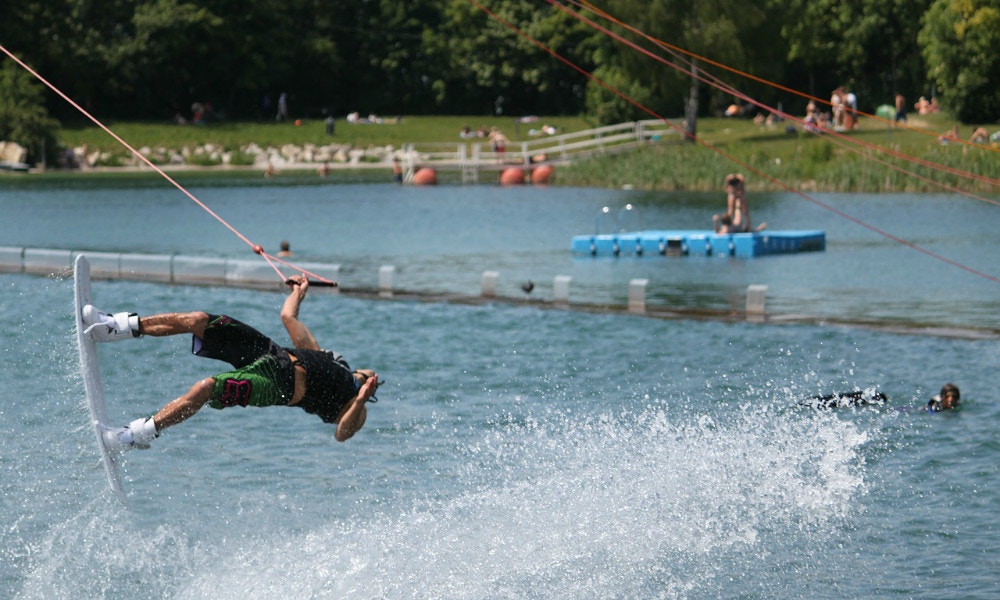 All wake sports have one thing in common: they all involve a rider, a boat and a rope.

But while the rider can change their boards to a pair of skis, and while the boat can be substituted for a personal water craft or an electric winch system, the one thing that you cannot substitute is the rope and the handle attached to it.

It has been said that the first person to waterski was Ralph Samuelson. Ralph took to the glassy waters of Lake Peppin, Minnesota with a pair of improvised boards for skis and his clothes line. Sometimes it takes visionaries like Ralph to do the (slightly stupid) things that take an idea and make it a reality. But, we strongly recommend that you don’t follow directly in Ralph’s footsteps…a clothesline will not cut it – and might be very dangerous.

Today, modern ski ropes are designed specifically for the activity that Ralph succeeded in developing and popularising around America. With the advent of new and exciting wake sports came the development of new ropes and handles made specifically for those activities as well.

Tow ropes are made from different materials depending on the wake sport for which they will be used. As a general rule, waterskiing ropes will have more stretch than wakeboarding, kneeboarding or wakesurfing ropes. Ropes used for towing tubes sometimes have no stretch at all, and will need to have a very high tensile breaking point.

Ropes used for waterskiing are usually around 20 metres (70 feet) long, with the handle adding an extra 2.8 metres (5 feet) making them just under 23 metres in length. Slalom ski ropes will usually be made up of at least 10 coloured sections of rope. In order to make turns tighter and more difficult, the rope can then be shortened by one section at a time.

The length of wakeboarding ropes tends to vary a bit more, ranging from around 18 metres to 23. This is to allow for different styles of wakeboarding.

As you will be spending a great deal of time holding your handle, you are going to want to make sure that it is lightweight and comfortable to hold.

In the same way that waterskiing ropes differ from wakeboarding ropes, handles are also specialised.

Wakeboarders tend to need a handle to be lighter than those used for waterskiing. Made from hardened neoprene foam and similar synthetic materials, they are designed to float on the surface of the water in-between performing tricks. Waterskiers on the other hand need a handle that is stronger rather than lighter as they tend to travel at much higher speeds than wakeboarders.

Wakeboarding handles are also wider than waterskiing handles. This makes them easier to manoeuvre around the body, especially when performing aerial spins in which the rider must pass the handle behind their back.

Ropes used for waterskiing and wakeboarding are not designed for towing tubes. Tubes create a lot more drag on the surface of the water, so you will need to use a rope that is designed with the tensile strength for towing your chosen floating tube, but that is also rated to towing the correct number of people. If you want to tow three tubers, you will need a rope rated capable for the job.

Keep up with news, reviews, interviews and more - follow us on Facie or subscribe to our email