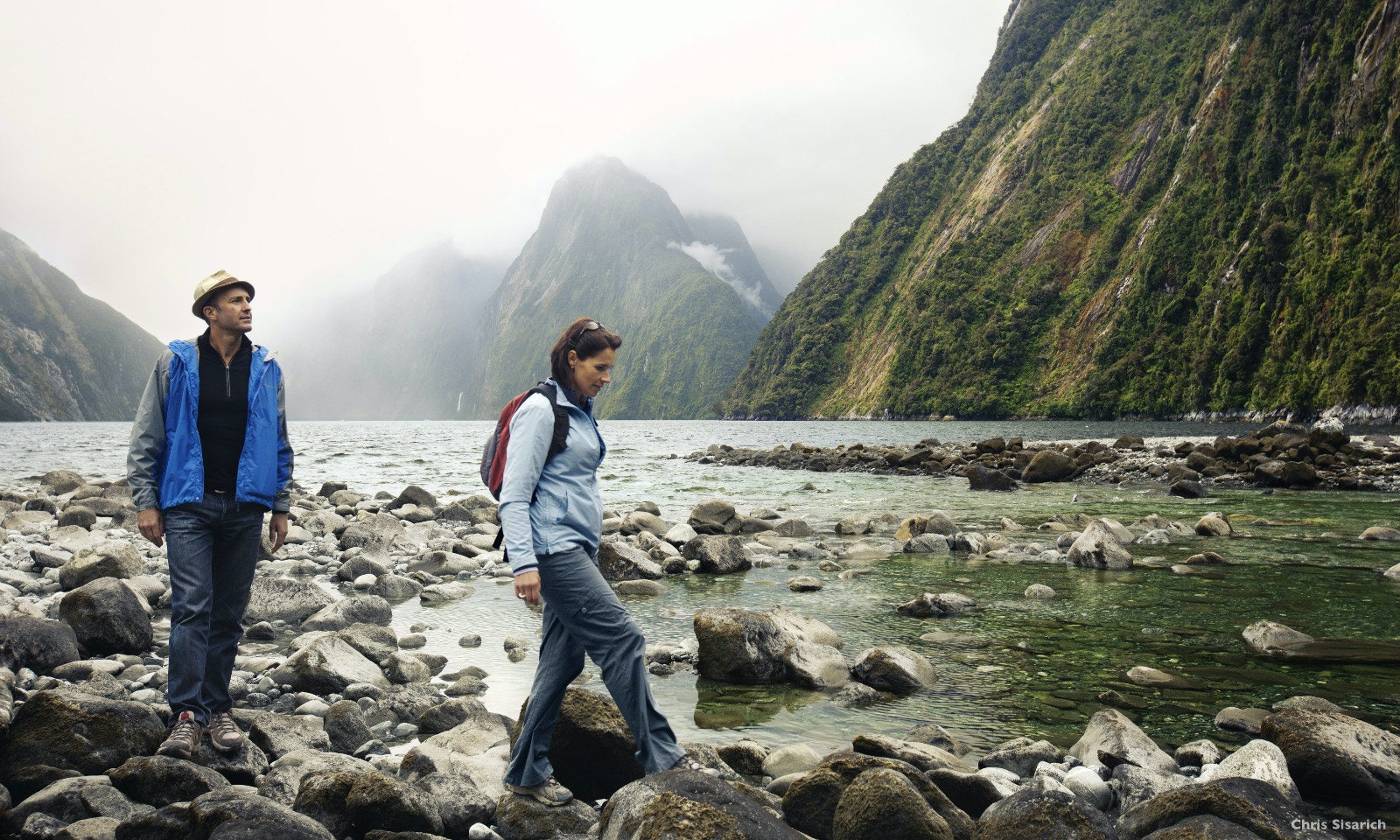 Whenever you tell someone you are from New Zealand they usually say one of three things: “Sheep”, “All Blacks” or “Hobbits.”

New Zealand is known the world over for many things (sheep, All Blacks and Hobbits included), but as much as people would like to think that all New Zealanders live in holes under the ground and carry swords on their belts, the fact is, kiwi life is not all that different from life in other cultures around the world.

But as the weather changes and the sun starts to warm the earth (and the lambs start dancing at sunset in the paddock), New Zealanders start planning where to spend their summer camping holidays.

One of the great joys of living in such a small country is that it is easy to pack up the car, the van or the RV and head into the outdoors to set up home for a few weeks.

With the camping season really starting to get underway over in the land of the long white cloud, we thought we’d share some of our favourite kiwi camping destinations, so that you can start planning your summer camping holiday, too.

Russell – The Bay of Islands

Russell in the heart of the Bay of Islands is known as one of the most stunning camping locations in the country. The Bay of Islands contains 144 islands which can be visited by boat, by kayak, and in some cases, by plane. Russell is a town rich in history. It was one of the first European settlements in New Zealand; trade took place there between early settlers and the Maori, but it soon earned an unsavoury relationship for prostitution and fighting and became known as the “Hell hole of the Pacific.” We’re really selling this to you, aren’t we…

It’s a good thing Russell has changed since the late 1800s. Residents abide by the law as much as members of any other NZ town and the sleepy hamlet attracts a lot of campers from November through to February and March.

There is a huge number of registered camp grounds and private holiday homes (batches) to rent in the area. DoC (Department of Conservation) campsites are a great option. Just remember that you will usually have to book ahead through their website as things tend to get busy this time of year.

Once you’ve set up base, it’s time to go exploring. The Bay of Islands is easily accessed from Russell. If you don’t have your own boat with you, there are plenty of guided tours and cruises that you can jump on to check out some of the more remote islands.

There is nothing quite like spending the day on your own private Island and watching dolphins ride the bow as you head back to camp for a fish n’ chip dinner.

See also: our guide to dog friendly campsite throughout Australia

From the Pacific to the stunning fresh waters of New Zealand’s central plateau. Smack bang in the middle of the North Island lies New Zealand’s largest lake and inactive volcano. That’s right, many people are not aware that they are swimming in the fresh water filled caldera formed when a cataclysmic eruption ripped the Taupo Volcano apart some 26,500 years ago.

Like Russell, things have chilled out a bit since then. Lake Taupo is now home to a range of fresh water fish species and birdlife, and is surrounded by lush New Zealand native flora.

Kuratau is a small quiet town that lies on the western side of Lake Taupo. There are a number of places to stay in Kuratau; the great thing about this part of the country is that if a campsite is full, the next one is just around the corner.

Down by the river mouth, anglers and children fish for introduced rainbow and brown trout at the change of light. Boats can be launched straight into the lake at the local boat ramp: just make sure you obtain a permit from one of the local general stores before you launch and before dropping your line. You cannot fish for fresh water species of fish in NZ without a fishing license.

Kuratau is ideally situated for lovers of a range of outdoor activities. There are bush walks all around the area; the lake is perfect for kayaking and waterskiing or wakeboarding, and if you decide to head there in winter, it’s only a short drive to Mt. Ruapehu for a skiing and snowboarding adventure.

Most Australians know this part of NZ for its Sauvignon Blanc, but Marlborough is about more than world class wines. You’ll get a taste of the adventures to come looking out from the deck of the Interislander Ferry as it enters the water filled valleys that make up the Marlborough Sounds.

The Interislander Ferry runs daily from Wellington Harbour across the Cook Strait to the head of Queen Charlotte Sound in Picton, a little port town that offers easy access by car to some of the most beautiful camping destinations NZ has to offer.

The Abel Tasman Coastal Track is one of the most popular tramps (tramps = hikes…if you are in NZ you are going to want to learn the lingo) in New Zealand for good reason. Covering 51 kilometres, the track stops at stunning beaches, darting in and out of dense NZ bush brimming with colourful native birdlife, ferns and insects.

Make sure you book ahead to stay in DoC registered campsites; definitely the best places to stay in the summer months when it can get so warm that sleeping alfresco is the way to go.

As the moon rises, on rare occasions the waves come alive with the glow of phosphorescent plankton, making for the perfect late night walk on the beach.

The southern tip of the south island is cut from similar cloth to the Marlborough Sounds, but the knife was held by a different hand.

In the distant past, glaciers slowly carved the landscape forming the fingers that separate the fiords. The name is misleading as Doubtful Sound is in fact a fiord; the only sounds you’ll be hearing are the steady calls of local Tui and Fantail as you explore this stunning locale. Being a national park, the area is looked after by Doc, which means there are plenty of secluded campsites around to set up base for a few nights. They range from full powered campsites to simple plots of land with ‘longdrop’ toilet facilities available on a first come first serve basis.

Lake Manapouri is renowned for its crystal clean waters that are the habitat for introduced rainbow and brown trout species. Kayaking and canoeing on the lake is world class with the mountains overlooking glassy water, perfect for paddling.

See also: Our guide to skiing in Japan through the Aussie summer

Every ‘visit New Zealand’ brochure ever has a picture of Cathedral Cove (Coromandel Peninsula) on the front. Okay so that’s a slight exaggeration, but you’ve probably seen photos of the jagged arches even if you haven’t been there.

Just around the corner from this famous tourist attraction, you’ll find Cook’s Beach, so named after Captain James Cook’s visit to the area where he observed the transit of Mercury across the Southern skies.

Cooks Beach is a quiet town outside of the tourist season. It’s the perfect place to set up base for summer camping expeditions; a short ferry ride takes you across the bay to Whitianga, and it’s only a short drive to hot water beach where you can dig your own spa pool in the sand and laze away the day in geothermally warmed waters.

If you get there in September, make sure to time things so that you get to the Whitianga Scallop festival, which showcases the amazing seafood from the area, great kiwi musicians, performers and local arts and crafts.