The Big Tow: crossing the Nullarbor 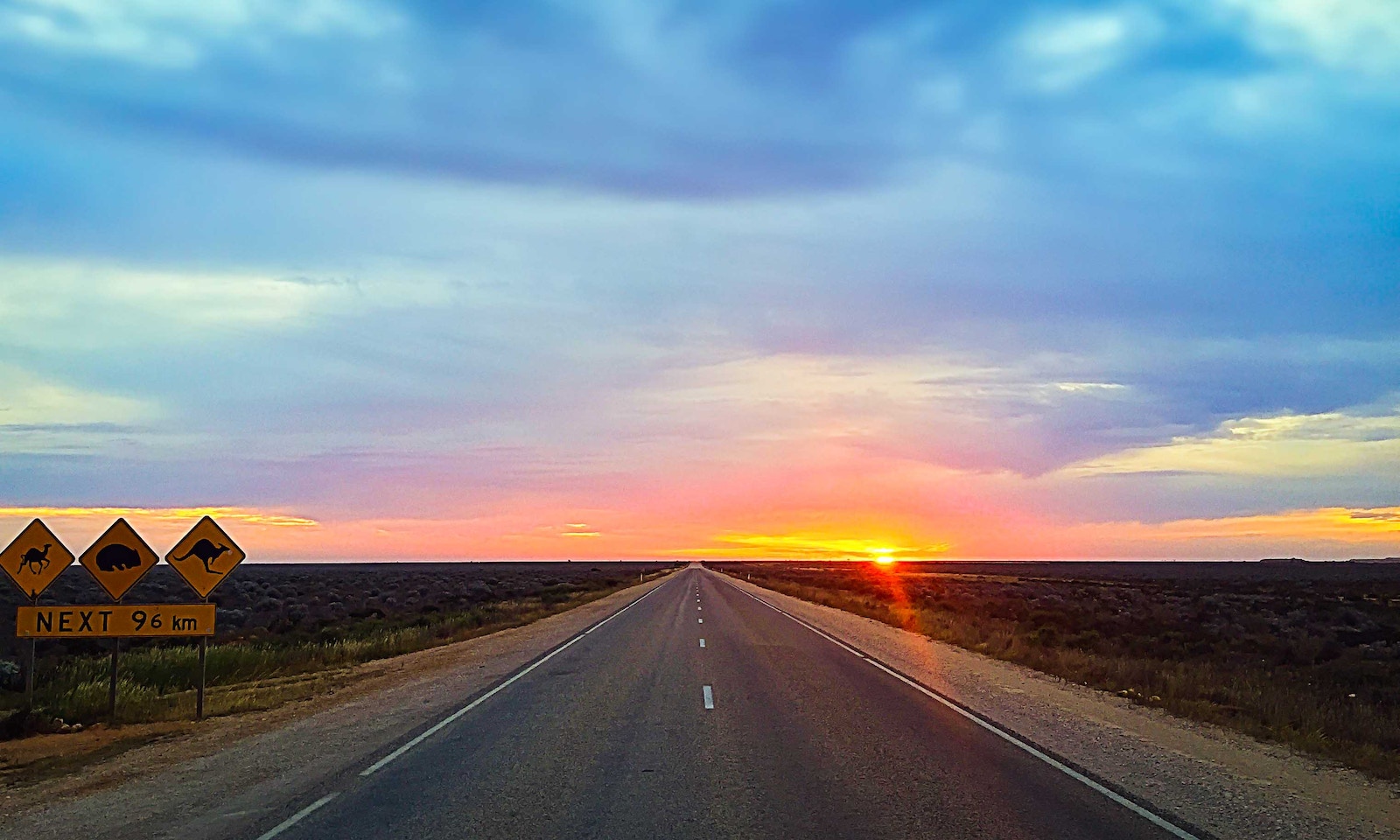 Much like eating Vegemite out of the jar, crossing the Nullarbor is one of those experiences every Aussie needs to do at least once in their lifetime. The flat, endless plain really gives you a sense of just how big Australia is and makes you appreciate the land we call home even more.

There’s a good chance you’ll go hundreds of kilometres without seeing another car, which is great, but it does mean you’ve got to plan ahead to prepare for this epic adventure.

So what exactly is the Nullarbor Plain? Well, it’s a 200,000km2 expanse of flat, treeless, limestone bedrock that stretches across South Australia to Western Australia. The easiest and most common way to cross it is by travelling along the Eyre Highway (also known as the A1).

The unofficial beginning and end of the Nullarbor crossing is at Ceduna in South Australia and Norseman in Western Australia. Between these two towns, you’ll find roadhouses, caravan parks, secluded beaches and more wildlife than you’d find in any zoo.

If you’re in a rush, the Nullarbor can be crossed in as little as two days. But, to really experience the crossing and see all there is to see, we reckon setting aside three or four days is better. This extra times allows for detours to see the Great Australian Bight and to explore a few of the roadhouses along the way. 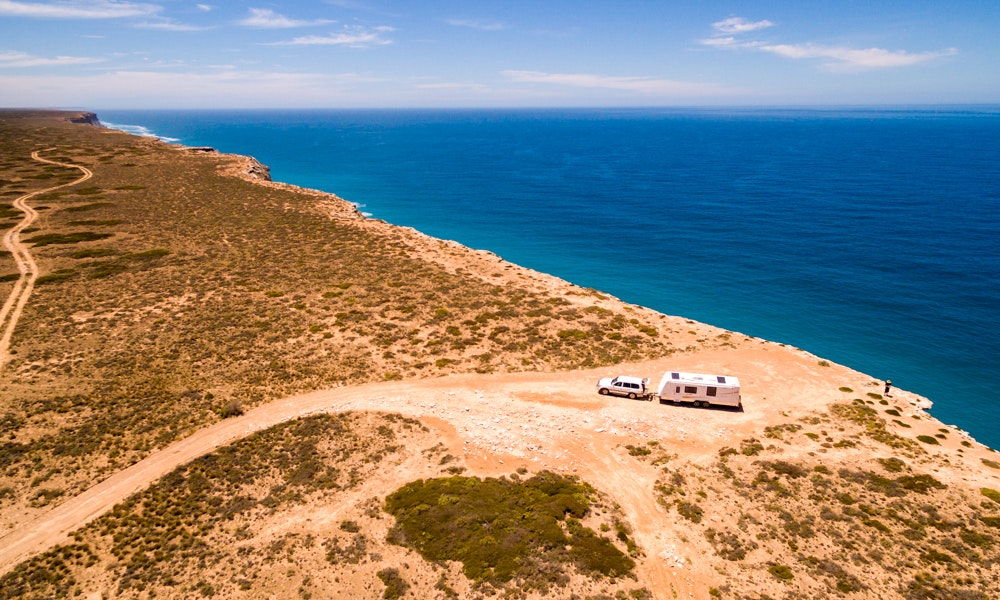 The most important thing to consider is the distance between stops along the Nullarbor. It is nearly 200km between towns at some points and because of these huge distances, the price of everything goes up. Petrol is known to hit an eye-watering $1.90 per litre and you’ll be paying up to $6 for a cup of coffee in some roadhouses.

Because shops are few and far between, you also won’t have the same range of available products you’d find in your hometown. Most grub you’ll find in the roadhouses will be the standard ‘pub fare'. If you have special dietary requirements, it’s worth taking some backup supplies just in case. Don’t be surprised if a garden salad is the only vegan or vegetarian thing on the menu.

Typically, the closer to Norseman or Ceduna you are, the more reasonable the prices are. Which is why it’s always better to stock up on fuel, food and water before you head out onto the Nullarbor, even if it isn’t time for a refill.

Before you leave home, do some calculations on how much fuel your vehicle will be using. The longest distance between fuel stops is Balladonia and Norseman, which is 192km. This section of road also involves travelling over a range, which will increase your fuel consumption compared to the usually flat Nullarbor. If you’re towing a caravan, be sure to budget for extra fuel. Windy conditions on the Nullarbor may also decrease your fuel economy.

It’s worth keeping in mind that not every roadhouse will have fuel for you. Things happen – fuel orders don’t arrive on time or fuel pumps break and parts take a while to reach them. So it’s always best to carry enough spare fuel to get to the next town along the highway, should you need to.

Even with a fully equipped 4WD with a bull bar and side and rear protection bars, you’d be mad to head out after dark. The Nullarbor is notorious for having huge herds of kangaroos and emus out in force at night. A single animal strike could cut your journey short and have you stranded out in the thick of it – hundreds of kilometres from help.

Frequent travellers of the Nullarbor suggest that (if you’re only doing a one-way trip) going from Perth to Adelaide is easier, as you won’t get the afternoon sun in your eyes. We also suggest not driving more than eight hours a day. Not only does it get pretty boring out on the road at times, it’s always better to be refreshed for the next day and not tired when getting behind the wheel again. 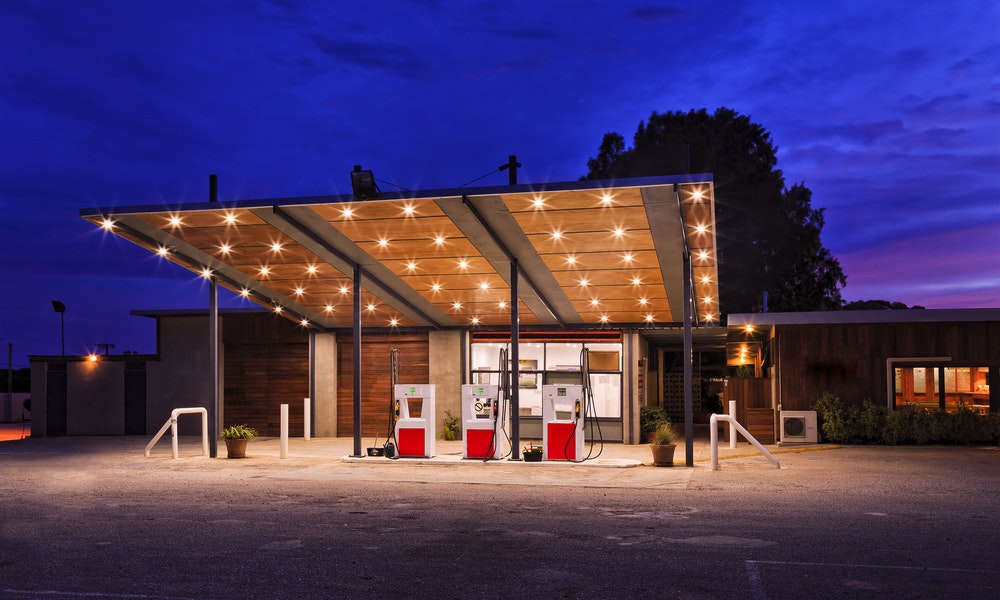 Finding a place to stay along the Nullarbor isn’t as hard as you’d think. Most roadhouses have a hotel or motel attached. Otherwise, there are a few caravan parks spread out along the highway. During the Nullarbor’s peak season, it’s worth reserving a room in a roadhouse for the night if you don’t have a self-sustaining RV with you.

Free camping is also an option, but you’ll need to research spots before leaving, as the South Australian side is designated Aboriginal land and you’ll need a permit to stay there.

The weather on the Nullarbor can change in an instant so you’ve got to be prepared for anything. The wettest months are between May and August, where sporadic storms cross over the area.

The peak season for the crossing is during winter, mostly due to the cooler daytime temperatures. It’s far hotter in summer and can reach up to 50 degrees.

The wind can also take a toll on your vehicle, especially if you’re towing a caravan. August to March is the windiest period, with mornings being windier than afternoons.

The windier it is, the more you and your caravan will be blown around on the road. Some squalls that roll across the Nullarbor are even powerful enough to make you lose control of your trailer. If you do happen to get caught in one, you should either pull over or reduce your speed.

For the most up-to-date weather forecasts, check in with the local roadhouses. 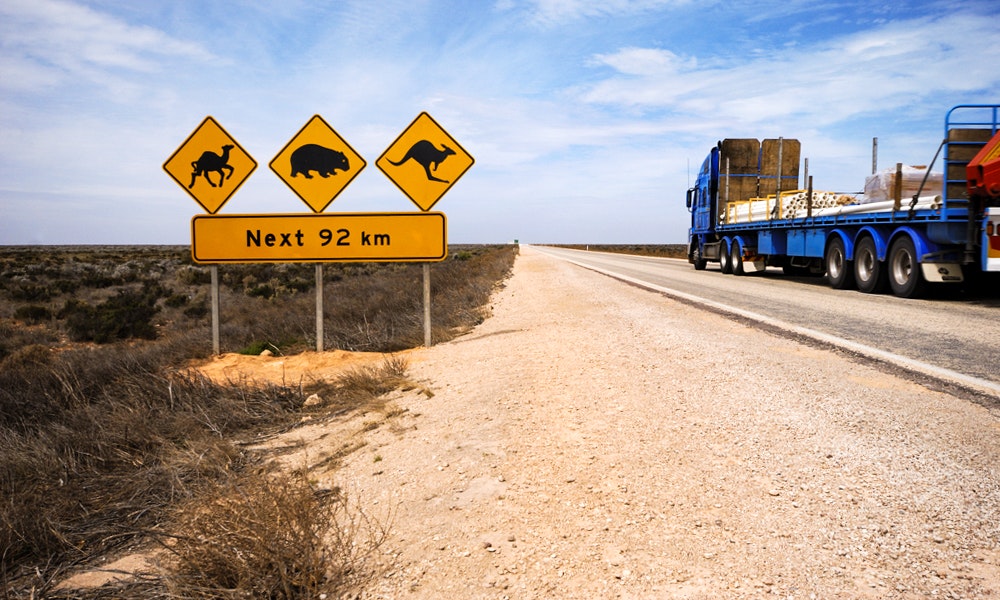 Much like touring the Red Centre, you’ll have to deal with Road Trains on your journey along the Eyre Highway. However, unlike the middle of Australia, the highway here is a sealed, dual-way road, so you won’t have to pull over into the dirt to let them past. But, it’s still a good idea to slow down if they’re passing you, as the turbulence from their vehicle may rock your vehicle and trailer.

When crossing between Western Australia and South Australia, you’ll have to go through a ‘quarantine zone’ in each state. This is not to stop anyone with a common cold coming through, but instead to remove any fruit or vegetables that you may have on you. This is to prevent any insects or diseased foods from entering each state.

If you are carrying any fruits or veggies between the states, you’ll need to declare them when you reach the checkpoint. If not you can risk fines or worse, being turned away at the border. 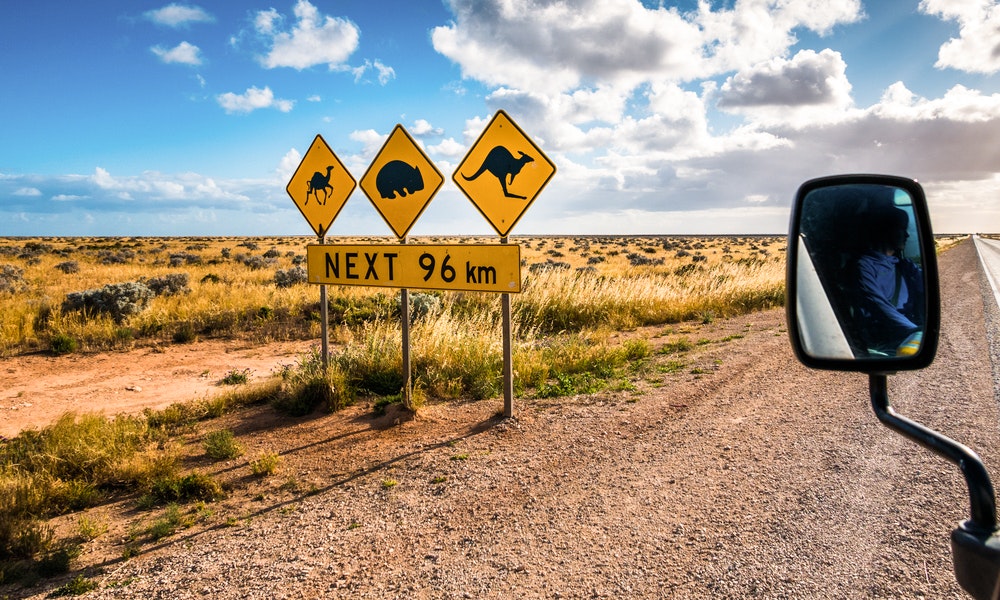 Communication on the Nullarbor

Having a UHF radio is also a worthy investment, as you’ll be able to communicate with oncoming road trains or other travellers on the road if there’s an incident.

Mobile service is fairly patchy across the plains, but Telstra is said to be the most reliable provider for mobile communications while crossing the Nullabor. If you don't have reception, many roadhouses will have a pay phone connected to a landline.

Things to do along the Nullarbor

The Nullarbor ain’t all straight roads and tumbleweeds, there’s actually a surprisingly large amount of things to do along the way. Here are a few of our favourites: 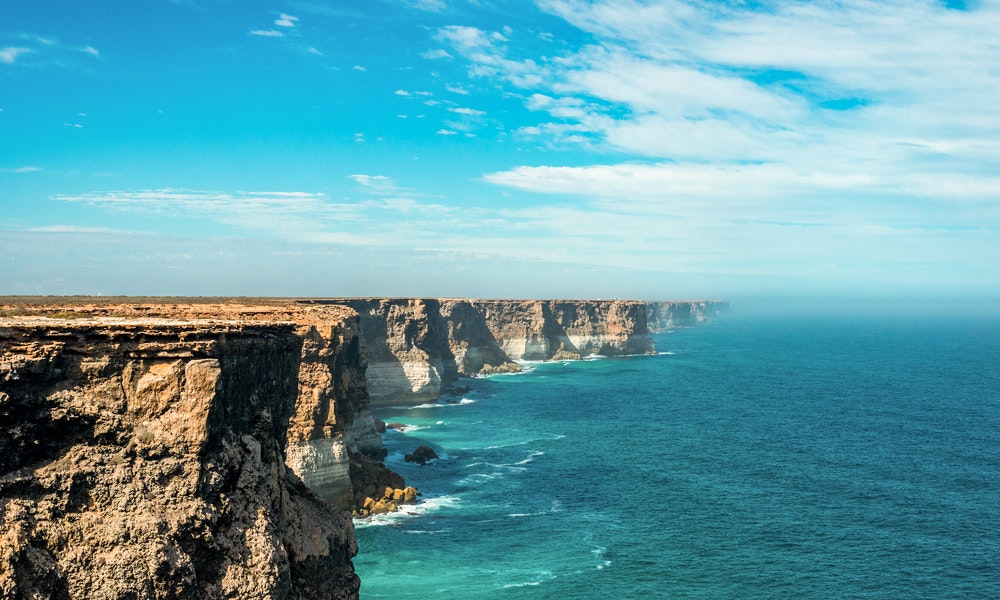 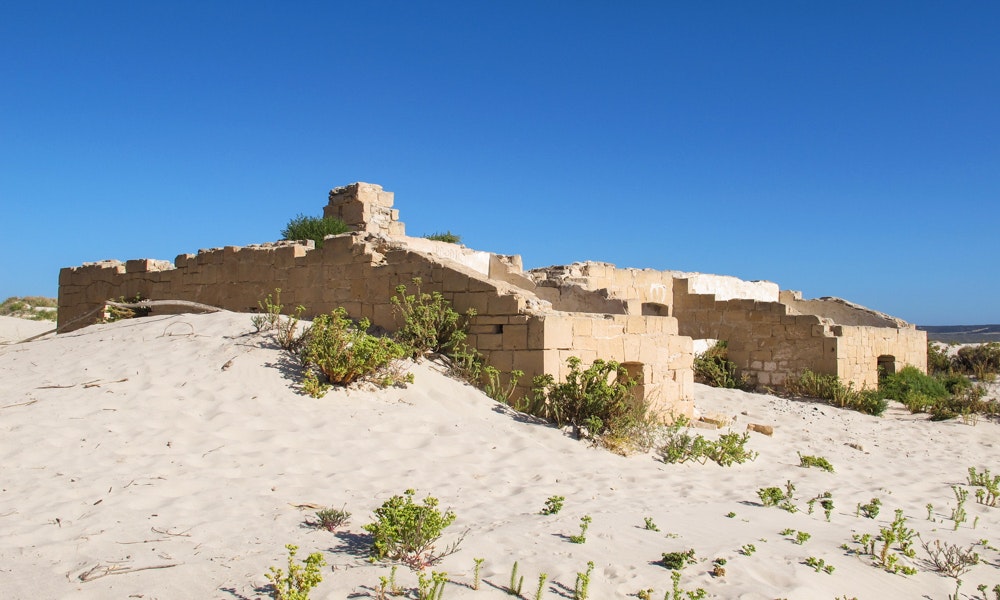 With a little bit of forethought, crossing the plains is a breeze. check out some maps of the area. Get the calculator out and see how much fuel you’ll be needing. Set a budget. Plan your itinerary on where you’ll be staying on the way and what you want to do. Pack the car. Then you’re ready to make the pilgrimage across the Nullarbor. 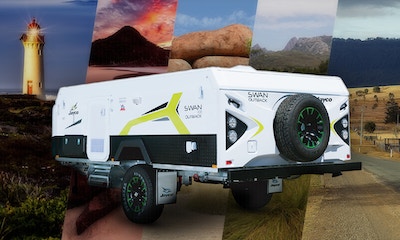 How to Buy a Camper Trailer: a First-Time Buyer's Guide

If you are searching for the perfect camper trailer, read this buyer's guide and make an informed decision... 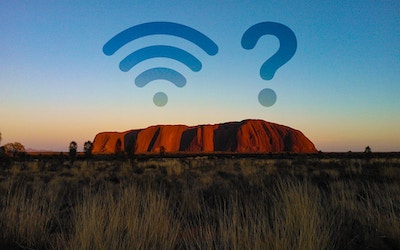 The road traveller's guide to accessing the internet while travelling Australia!... 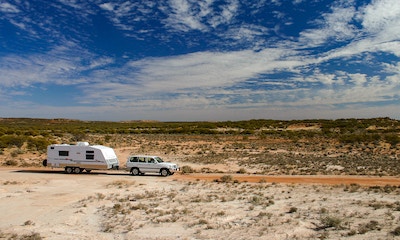 Preparing for a big trip? We share our list of essential items to take on a caravan holiday...