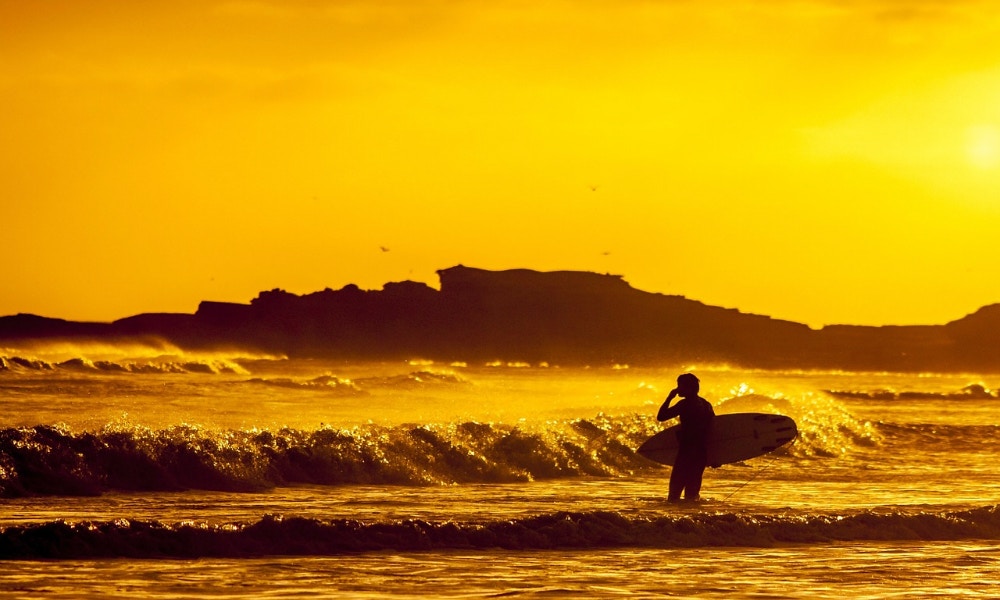 Australia is renowned world-wide for having some of the best beach and point breaks you can imagine. We are here to help you find Australia's best surfing destinations, state by state.

This stretch of coastline offers fantastic variety of Beaches, Reefs & Points. Over summer it becomes an over populated holiday destination. The town of Torquay is the surfing mecca of Victoria and arguably Australia. Only an hour drive from Melbourne, Torquay offers some quality breaks including the famous bells beach where the rip curl pro is held around Easter. Not much action over summer at this break as easterly winds and smaller swells prevail. But in winter this place seriously turns on with some long period large ground swells that breaks over limestone bottom. Right next to Bells is another reef break called Winkipop, which is a better quality wave. “Winki” offer a faster, steeper and longer ride then Bells and is a lot of fun on its day. But every surfer in Melbourne knows this so be prepared to battle some serious crowds. It gets cold in Victoria, especially in winter so make sure you have the right surf gear for the job.

On the other side of Port Phillip Bay is Mornington Peninsula, which faces further west so has a larger swell window and can receive significantly larger waves then the surf coast. This place is typically better in the warmer months as sand banks have been shaped from the large winter swell and the smaller summer swells brings quality waves to the open beaches such as Gunnamatta.
Best on North-NE winds, Swell is 3-6ft.

A 50 minute drive from Adelaide is the Mid Coast with 25 reef and beach break setups crammed into just a few kilometres of coastline. While its situated within the Gulf of St. Vincent which puts a cap on maximum wave heights, there's plenty of fun to be had on a good day. Breaks work on a range of tides and offshore winds are generally Easterly ( SE - NE )

A 3 hour drive from Adelaide is the Yorke peninsula. This area has some of the best set ups in the state. The coastline inside Innes National Park, near Stenhouse bay, is rugged and exposed to strong Southern Ocean swells. To the North lies 60km of West facing coastline characterised by rugged limestone cliffs and long, white sandy beaches. Offshores can be anything from NW to SE depending on location, with a variety of reef and beach breaks working all year round. There are breaks in this area that can easily hold surf in the 10' range, and on such days crowds are not a problem

Australia’s southwest has an abundance of quality surf with Margaret River being the pinnacle. A Famous big wave location which now has a spot on the WSL tour called the Drug Aware Pro. ‘Margies’ main break is a shallow a-frame reef that can handle almost any size (15ft+). Snapping boards and leashes are not uncommon here after massive freight train sets sweep the line-up. A deep water channel provides easy access which makes it a bit less hazardous then most of its neighbours and not exclusively for expert surfers. Best on a long-fetch 8ft southwest swell and easterly winds.

On the other side of the channel ‘the box’ is a very thick slab and was featured in this year’s “drug aware pro”. A wave very much suited for the adrenaline junkie as wide open square barrels can be found here but so can wipe-outs of a life time.

Further north is a wave called Gnaraloo, which is a serious off-road trek through the desert. This ledging tube is world class and expert only as It breaks over the shallowest of reefs and can consistently reach 8 foot between the months of June-September. This wave has two different sections two it, the first is Centresides which provides a slighty easier and shorter wave with a more perfect barrel. The next section is the real Gnaraloo called Tombstones which offers three unique ledges along a 300 metre rollercoaster stretch of fear. The wave begins with the biggest heart-in-mouth drop followed by several negotiations with coral below and if successful you will finish up in the channel with the world’s biggest grin. Screw this up and you’ll come across a world of pain as there is stories of broken bones and boards here.

Home to the Australia’s’ longest wave the ‘Superbank’. Snapper rocks is the poster boy of the gold coast as it hosts the quicksilver pro and is also the location of the “superbank” which was formed overnight by dredging of the tweed river mouth and dumped in rainbow bay. This meant that locals woke to a massive man-made sandbank which created an endless wave that seems to stretch forever. This place is a must when surfing in Australia and although crowds are large it’s definitely worth it as 1.97km ride was recorded here.

Further down the beach is the famous “Kirra” a picturesque grinding backlit green barrel regarded as not only the best wave in Australia but one of the best in the world when it’s on. Almost dry sandbank sticks out and creates a reef-break intensity wave that just churns down the point and it’s not uncommon to get barrelled three times on one wave. Unfortunately the dredging that formed the superbank means that these days Kirra is more irregular but can still turn on in big swells. Best on ENE swells courtesy of a long fetch system from a cyclone sitting south of Vanuatu. Light winds from the southwest.

If you've got your sights set further afield, check out our guide to the best breaks in Bali.

A fantastic holiday destination with great quality waves. The most iconic break in Byron is the Pass, famed for its long, peeling right-handers. In bigger swells the Pass can be challenging, but in general it’s a great location for surfers of all abilities, largely favoured by long-boarders.

“The Wreck” at Belongil Beach is named for the remains of the SS Wollongbar, which lost its tie to the old Byron Bay Pier and sank during a cyclone in 1922. When the Wreck is working (swell from north-north east, southerly wind), it produces a powerful, hollow right-hander that breaks on the sandbank ten metres in front of the ship and occasionally gets a few visitors with sharp teeth….

Known for its heavily guarded secret spots this stretch of coast line has an abundance of great waves between the months of March-September. There are some great camping spots along this coastline and if you get lucky and strike a good swell then you could find yourself surfing one spot for weeks. I suggest looking into staying at the Bendalong tourist park as it’s situated between a chilled out point break and a long stretch of beach with endless uncrowded sand banks. Also worth having a look at the Narooma caravan park as it sits on top of a small cliff looking over the beach with some really good waves on offer down below.

Hobart’s most popular spot, only 30min drive from the city. The south end is usually a bit softer where a defined right appears on moderate SE-S swells and offers some protection from westerly winds. Up the beach is a bit pushier and the sandbanks are flanked by deep channels to help deal with the common close-out.

If you’re willing to make the trek then five hundred metres past the turnoff to Port Arthur Historic Site, down a gravel road, through a pear orchard, two hours' walk along a trail flanked by scrub, down a cliff and beyond a series of truck-sized boulders, you'll find Australia's biggest waves “Shipsterns bluff”. It’s found at the very tip of the Tasman Peninsula, which is also referred by Professional surfers as one of the wildest rides in the World. Get ready to face freezing waters, submarine shaped wildlife and the weirdest looking wave you’ve ever seen. So much water gets sucked off the reef by the approaching wave that it can triple in size.

If you're looking for more great advice, or simply need help choosing the right board, our editorial section is your destination for all you need to know about surfing in Australia. 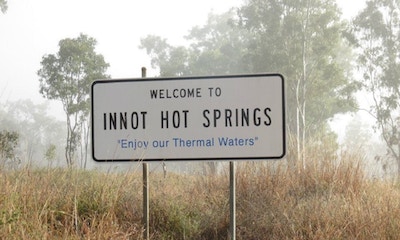 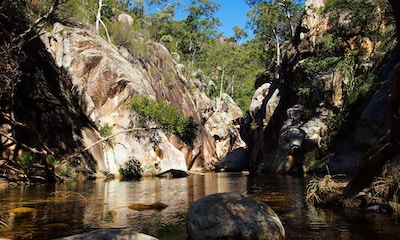