Find a store Blog
‹ back
Home
Blog
Outdorian Diaries
That Sinking Feeling: getting stuck in the Simpson Desert

That Sinking Feeling: getting stuck in the Simpson Desert 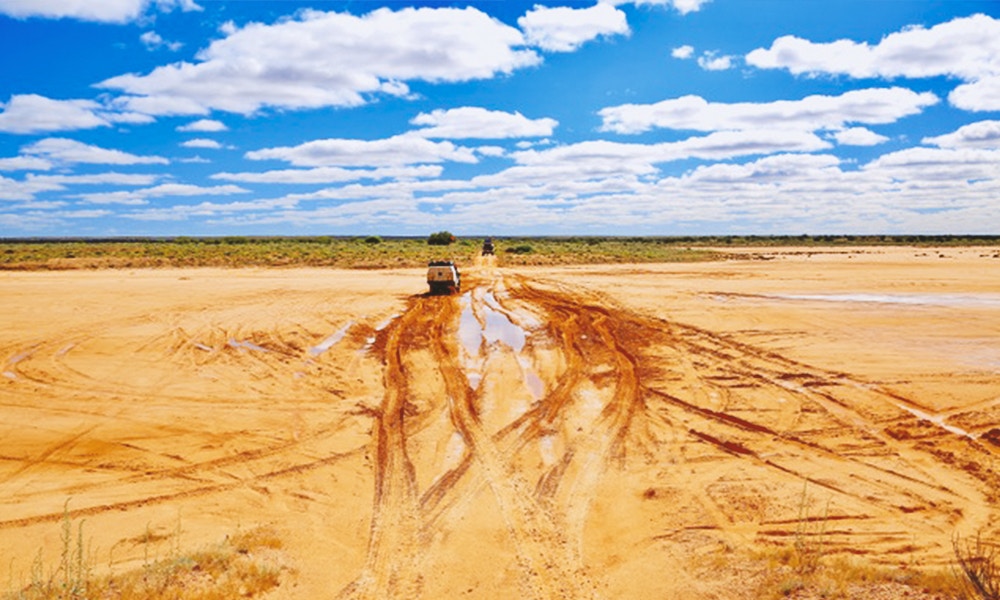 The Outback: it may seem like there’s not a lot out there (and that’s exactly why we love it), but it’s often what you can’t see that’ll bring your adventure juddering to a halt. Just ask Outdorian Susan about her trip to Uluru across the Simpson Desert. Faced with boggy lake crossings and sinking axle-deep into sand… let’s just say she and hubby Kym were glad to have their mate Michael and his Prado along for the ride.

“Driving across the Simpson Desert was such an amazing adventure – a once in a lifetime experience. When you think of a desert you think sand dunes and more sand dunes, but not the case this year, the beautiful desert flowers were in full bloom.”

But even when you’re surrounded by fields of colourful desert daisies, the Simpson is still not the sort of place you want to get stuck.

“It’s very remote out there, we only passed ten cars along the whole 500kms to Dalhousie Springs.”

Up for a challenge, they opted to drive one of the hardest tracks: the French Line. For a little while anyway.

“There’d been a lot of rain in the weeks prior, filling up the many lakes we had to cross. So we decided to go off the beaten track and make our own way around them.”

(This won’t be the last time Susan says “not a great idea.”)

Michael was the first to give it a crack. “He just fell short of the hard ground, so we all got out and dug him out. He was able to slowly drive out on full revs, mind you.”

Hubby Kym wasn’t so lucky. He followed in Michael’s tracks …. “totally not the right thing to do”... and he too fell short. But this time digging him out wasn’t enough.

“Michael attached his snatch strap onto the front of our cruiser and slowly pulled us out. We’d been in situations like that before so (luckily) we knew how to recover ourselves.”

An hour (and a whole lot of digging) later, and the great muddy lake was still in their way. Well if you can’t go over it, under it, or around it, all that’s left is to go through it.

“After getting bogged I thought there must be an easier way. So I took off my shoes and walked right through the middle of the lake, and surprisingly there was hard ground underneath the soft mud.”

“I told the boys to just follow the tracks that were already there, but keep up the revs and don’t stop, just keep going.

They made it, but their hearts were pounding the whole way!” 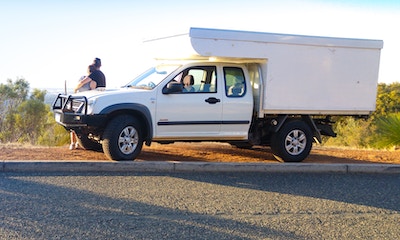 When Hannah and Sean couldn't find a slide-on camper to fit their budget, they decided to DIY-it and the results speak for themselves.... 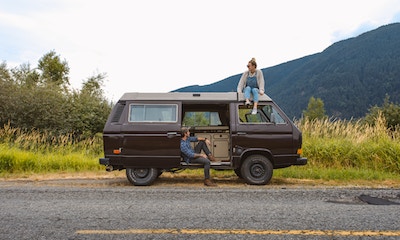 Ever wanted to deck out your own camper van and hit the road? Jake and Rochelle did, and they haven't looked back...... 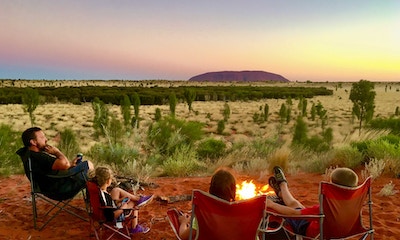 Travelling Australia: how hitting the road can change your life

Why would a corporate lawyer quit her job, pack it all in and hit the road? The answer is in the question really. ...