Snowboarding - All You Needto Know 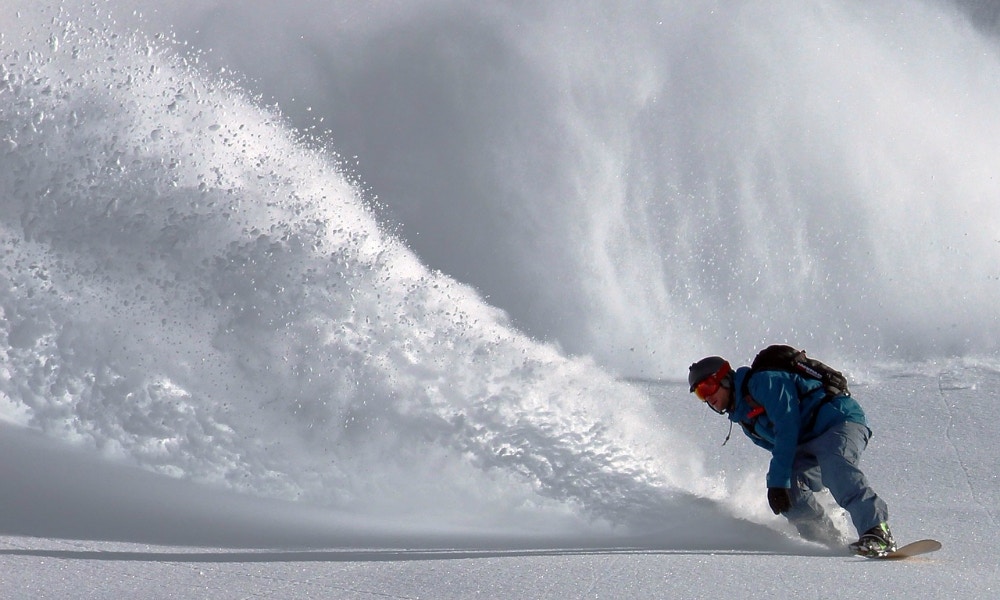 Snowboarding takes place on snow. The snowboarder attaches their snowboard to their snowboard boots using special bindings which lock it tight. This allows the boarder to slide down a snow covered slope and to perform turns and various manoeuvres to control their speed and direction of travel.

Buy & sell a huge range of snowboards and snowboard gear at our massive online marketplace!

“What? Snurfing? I thought we were talking about snowboarding…”

The term snowboarding took a while to evolve. It’s fair to say that the name snurfing may have hindered its chances of taking off if it had stuck, and might just have given the skiers fuel for their side of the classic ‘which is better’ argument.

The term snurfing was coined by Sherman Poppen in ’65 who built a rudimentary snowboard for his daughter by strapping two skis together. The term snurfing fell out of use when Jake Burton Carpenter started Burton Snowboards in 1977.

Over time the side on stance was adopted, influenced by other board sports such as surfing and skateboarding.

It took a while for snowboarding to catch on.

Skiers were reluctant to share the slopes with boarders; it was unfamiliar territory. This naturally led to snowboarding being viewed by the general population as a fringe sport and the culture that grew up surrounding the activity began to reflect this. Snowboarders were for a long time viewed in a similar light to surfers: troublemakers, punks, lazy, and downright irresponsible, which we think is pretty inaccurate and misleading for both, really!

Today, this has obviously changed. Snowboarding has boomed in popularity and it is not uncommon now to see parents teaching the kids and the whole family giving it a go. Perhaps those original snowboarding pioneers grew up, or perhaps skiers have just accepted it—snowboarding is here to stay.

In 1998 following the growing success of international snowboarding events and competitions, snowboarding became an official Olympic event at Nagano, Japan. Snowboarding was now equal with those other winter recreational activities and started to grow even more in popularity.

Check out our picks for the hottest snowboarding destinations in Australia

How does it work?

Snowboarding borrows from a range of other non-alpine sports, the most obvious being surfing and skateboarding.

Snowboarders stand side-on to their direction of travel as with surfing. This means a snowboarder will ride one of two ways: ‘goofy’, or ‘regular’. Regular stance riders will have their left foot leading down the slope; goofy riders, their right foot. When a snowboarder rides in their non-natural riding position, they are said to be riding ‘switch.’

Most popular types of snowboard are designed with twin curved tips meaning they are capable of switching riding position while travelling down the fall line. However, some types of board (namely alpine and race boards) will only have one edge and are designed to travel at very high speeds down the slope.

A snowboarder makes turns on the slope by rolling their weight from their toe side to their heel side. When a snowboard rides on its edges (or rails) they are said to be carving. When carving, a snowboarder will draw long elegant parabolic lines in the snow, controlling their speed by turning more frequently to slow down, or turning less often gaining speed.

Stopping on a snow board is achieved by sliding your back foot and turning to face down the slope or sliding your back foot the opposite way so you face back up the slope. Your board acts like a plough as weight is moved onto your heels or toes and your heel or toe side edge digs into the snow. It is important to learn this technique first if you are new to snowboarding so that you can control your speed.

The most important thing while performing any sort of alpine activity is to remain in control at all times!

What are the different kinds of snowboarding?

Snowboarding has grown to encompass many different styles and disciplines based around the basic principle.

Snowboarders quickly learned that they could leave the snow behind and get airborne using man made jumps, or by riding off mountain drop offs. This revelation led to the creation of purpose built terrain parks on ski fields around the world. Most forms of snowboarding are competitive disciplines with clubs, dedicated communities and competitions growing themselves to support their favourite styles of riding.

Freeride snowboarding is performed competitively, but is more commonly seen as the style of snowboarding performed by recreational boarders. Free ride boards are designed to be flexible and perform many different roles borrowing techniques from Alpine Snowboarding and trick based styles, allowing the boarder to mix it up on the fly. If you are new to snowboarding, you will most likely start off using a freeride board.

The goal here is speed, and smooth stylish turns. Alpine snowboards are setup differently from the majority of other styles in that they use a hard toe boot (similar to a ski boot) which is positioned in the binding at an angle creating a ride position that is almost forward facing. This allows the rider to flick between turns quickly and to achieve greater lean angles. The boards themselves are usually longer and narrower than other types of snowboard and will only have one curved tip allowing for one riding stance only.

Alpine snowboards are used in Winter Olympic events such as giant parallel slalom.

Borrowing from its urban cousin skateboarding, half-pipe riding grew to popularity as a form of freestyle snowboarding performed in a deep trench that is carved into the snow.

Snowboarders ride a half-pipe by performing aerial manoeuvres at the apex of each turn as they reach the edge of the pipe. The angle of the pipe encourages them to fall back into the wall of the half-pipe continuing their line down the slope linking to their next jump. A basic aerial performed on the toe side of the half-pipe is called a front-side air, whereas the opposite is a back-side air.

Freestyle snowboarding is all about tricks and big air. Freestyle snowboarders will use their board in a huge range of different ways to perform stylish manoeuvres. Purpose built terrain parks include a range of equipment for boarders to use such as rails, boxes, ramps, and stairs that reflect street riding obstacles such as those used in skateboarding.

When a snowboarder rides on a surface other than the snow it is called ‘jibbing.’ Whether they are sliding their board across a purpose built box, or using a fallen tree as a ramp, they are said to ‘jib’ the obstacle.

Freestyle snowboards are typically shorter, wider and more flexible than other downhill types allowing them to spin faster, to absorb impact and to ‘press’ their board lifting the nose or tail off the obstacle and adding style to the trick.

Urban Snowboarding is performed by a smaller group of freestyle boarders who perform tricks on urban terrain that is covered in snow. In some cases they will transport snow to the obstacle they want to ride, building jumps in order to pull off the manoeuvre if there is not enough snow there already.

Officially added to the growing list of Winter Olympics snowboarding events in 2006, Boarder X involves four to six riders racing downhill on the same slope and performing jumps at various stages along the course. Similar to BMX racing events, boarder X can be a very physical sport as the riders cross each other’s lines fighting for the front position.

Rail jams are unique in that they can be set up off the mountain in urban areas. Snow can be transported or created using snow machines on the obstacle. Riders will begin at the top of a set of stairs or a ramp and will ‘jib’ on rails or flat boxes on their way down to the ground. Tricks are scored by a panel of judges based on difficulty, style and execution.

Performed as a competitive sporting event, snowboard racing is a broad term for a range of different types of riding. Racing events will involve either a single timed rider, parallel races between two riders side-by-side on separate courses, or with multiple riders on the same course (as in the case of boarder X).

In the Winter Olympics, giant parallel slalom and parallel slalom are the main racing events along with snowboard cross. Slalom events involve one-on-one races where the riders are required to make turns through a series of flags as fast as possible on their way to the finish line at the base of the slope. Missed flags incur penalties to their time, meaning the rider passing the line first will not always win.

The main pieces of kit you will need to start snowboarding are a pair of boots, bindings, and snowboard. In order to enjoy your first time up on the mountain, you’d best wear some warm clothing as well. Luckily, if you don’t have any of the gear, you can always hire it before you go up the mountain, or wait until you are there and hire it at the ski village itself.