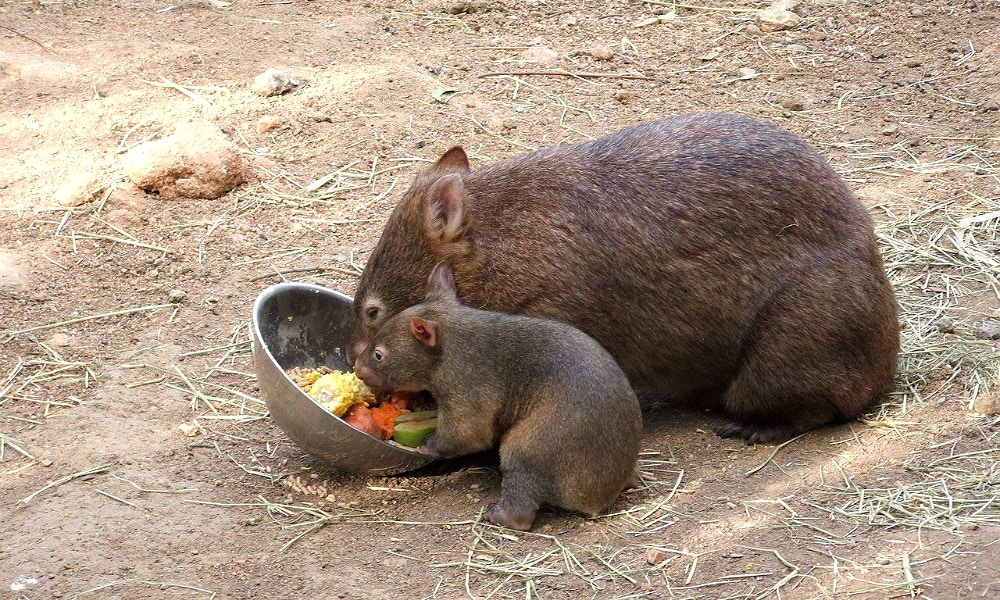 A local wombat shelter has warned motorists to be especially vigilant of wombats, which are running onto roads in ever increasing numbers and posing a threat to vehicles (and themselves).

According to Donna Stepan of Sleepy Burrows Wombat Shelter, she is now attending to weekly emergency calls to rescue or euthanise wombats. Of major concern is the number of motorists ignoring maimed wombats as they attempt to drag themselves off the road after getting hit.

“It’s not humane to leave a wombat suffering with a broken back, the most common roadside injury I see. We are urging motorists to call local police if they see a maimed animal still moving on the road. We not only need to put it out of its misery, but also ensure that it doesn’t remain a danger to other oncoming vehicles,” she said.

It is not uncommon now for the shelter to attend a double wombat fatality.

“The decrease in native habitat means more adult males are literally fighting for survival. They will attack each other over access to food or a female wombat. Often they run around chasing each other and suddenly end up on a road in the path of a car,” she said.

“There’s little we can do to prevent this from happening, other than calling on motorists to remain vigilant and to report any injured wildlife to local police,” she said.

Sleepy Burrows Wombat Sanctuary was established over a decade ago, over which time it has cared for an estimated 600 wombats. The sanctuary (which receives no Government funding and relies entirely on Donna and her husband’s wage as well as community donations) invests over $35,000 per annum into the care and nurture of orphan baby wombats, and sick or maimed adult wombats.

Donna estimates the sanctuary has a 60 per cent survival rate.

“Sometimes the wombats are too far gone by the time we reach them. The majority of deaths are caused by road trauma and mange. We invest about two years into every orphan baby wombat until they are ready for return into their native habitat – it is a significant responsibility,” she said.

The sanctuary is preparing for what is anticipated to be an incredibly busy summer.

“Blistering heat, minimal water, bush fires, road accidents, more mange – these will all be major attributes to what we suspect will be our busiest period yet,” she said.

See also: Worth more than their weight in gold

Search for 'Sleepy Burrows Wombat Sanctuary' on Facebook and consider making a taxable donation to this cause.