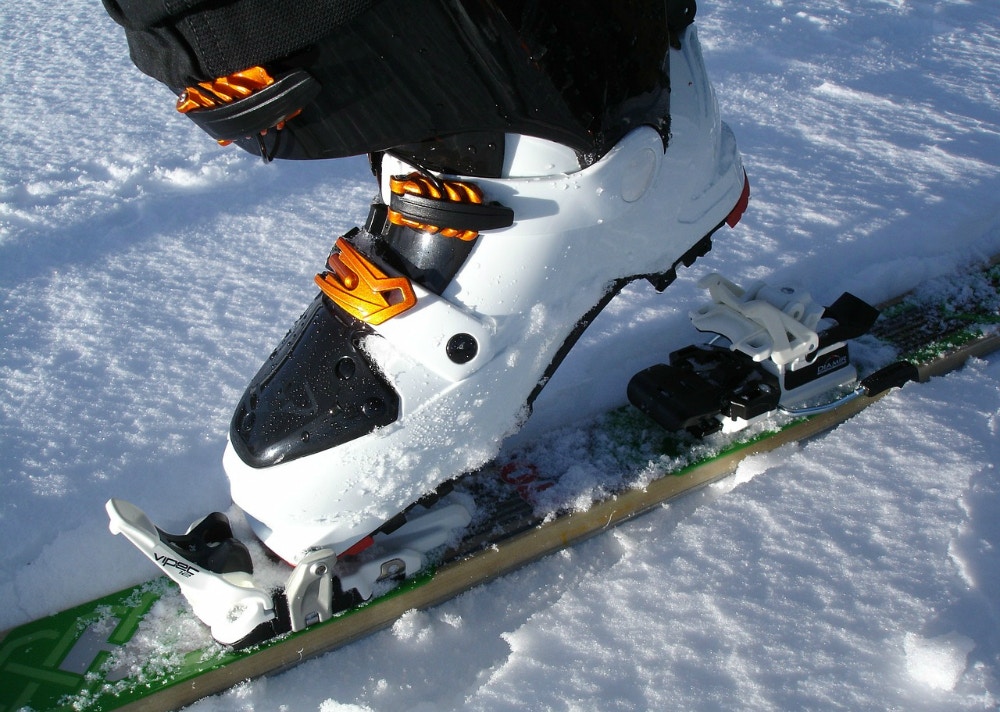 This is probably stating the obvious for all of us, but a ski is a piece of wood or composite material that is worn attached to your feet in order to slide across the surface of the snow. Skis are typically long and narrow and they are used in pairs, one for each foot.

Skiers wear specially designed ski boots that attach to bindings on the ski via a locking mechanism. Bindings come in a range of designs in order to either fix the boot to the ski, allow the heel to lift away freely or partially lock it to the ski.

Skis were originally used for transportation and hunting, but are most commonly used today for recreational skiing.

Originally skis were carved from single pieces of hard, yet flexible wood, and predominately used for transportation in alpine regions. Skis have been unearthed by archaeologists and dated back to a point over 8000 years ago. Different cultures around the world, especially those in Scandinavian countries, developed the technology early on as a necessity for getting from place to place over alpine terrain with ease.

Originally, skis were asymmetrical: one ski was shorter than the other and was used primarily to kick the skier forward while they rested the majority of their weight on the longer ski used solely for gliding.

Skis today are symmetrical and are shaped in a number of ways depending on the kind of skiing for which they will be used.

Today, skis are most often used for recreation. The development of ski lift technology has made alpine skiing the most popular and most accessible form of recreational skiing.

Skis are no longer carved from single lengths of wood. A huge range of materials have been used in the crafting of skis including, fibre glass, iron, steel, aluminium and carbon fibre.

Various techniques have been employed by ski makers such as laminating (or layering) different composite materials on top of one another in order to improve the ski’s strength while retaining the flexibility achieved by a single piece of material.

Alpine skis are designed specific to the type of skiing you will be performing. Skis used for all mountain, carving, mogul, slalom, freestyle and powder are all different in a number of ways.

All mountain skis are designed to suit all kinds of alpine skiing and snow conditions. Capable of skiing on groomed trails and off-piste, all mountain skis feature the classic tapered waist but will not be as long as race skis or as wide as powder skis.

Carving Skis are tapered to a point in the middle called the waist. This allows the ski to carve in parabolic lines down the slope as the skier’s weight bends the ski forming a drastically curved edge. This concept revolutionised ski construction and greatly improved performance both in terms of turning and speed.

Cross Country Skis will usually be lighter and narrower than other alpine skis and will not have such an exaggerated waist as they don’t need to carve like downhill skiers do. Cross country skiing is based on the old forms of Nordic Skiing where the skier relies solely on their own power to travel across the snow and do not use lifts or power assisted tows. Cross countries skis will usually have a section on their base that provides traction. Kick wax can be applied for extra traction; sometimes textured material is used as well.

Freestyle or Twin Tip skis are a modern variant of alpine skis that are designed to ride ‘switch’ (backwards). Twin tips curve up at the tail allowing the skier to ski backwards and to land facing back up the mountain when landing aerial manoeuvres.

Skis used for ski jumping are much longer and wider than regular alpine skis as they are designed to aid stability and lift while in the air for long periods of time.

Powder Skis are specifically designed for off-piste skiing and are much wider and longer to allow you to float on top of very soft powder.

Telemark Skis are based on one of the oldest forms of Nordic Skiing whereby the bindings attach the skier’s boots to the skis only by the toe allowing the heel to float freely. This enables the skier to walk more easily cross country, but also drastically changes the way the telemark skier performs their turns down the slope. Telemarking uses a lunging motion in order to create long sweeping turns as one ski leads the turn down the fall line.

Mogul Skis are usually lighter and more flexible to account for the intense pressure applied to them as the skier bounces from mogul to mogul and when they land aerial manoeuvres during the jump section of the course.

Slalom Skis are shorter, stiffer and heavier than other types of skis so that they can flicked between turns more quickly.

Skis and ski bindings should be adjusted and selected based on the individual’s height, weight and their skiing ability. Before purchasing a pair of skis it is recommended you visit your local ski shop and get professional advice from a technician.