Skiing & Snowboarding - How to Hit the Slopes 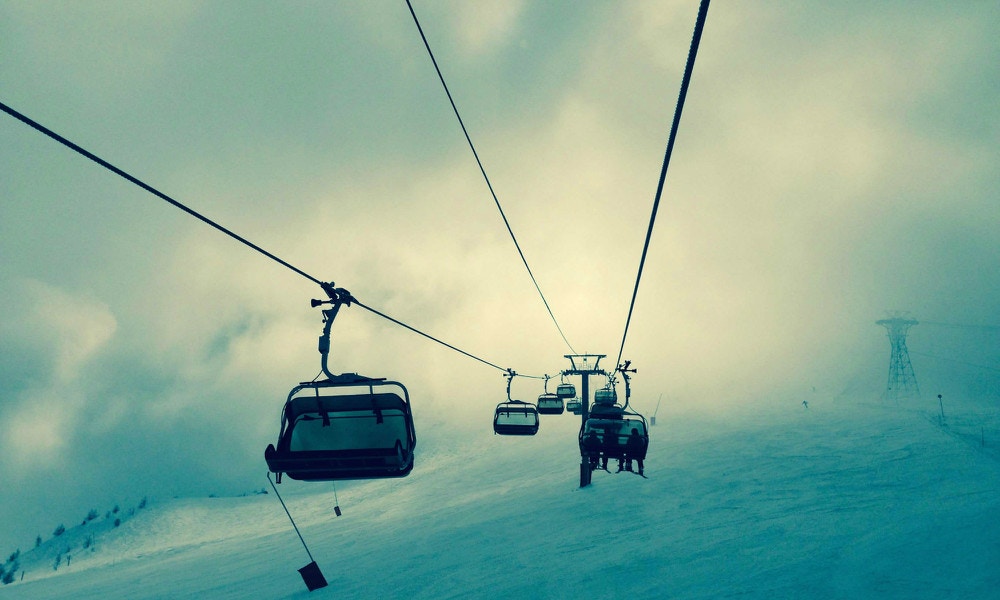 For thousands of years people have been using the slippery nature of snow and ice as a way of transporting themselves and other objects from place to place. Although skiing and snowboarding in their various forms have evolved dramatically since then, the basic principle is still the same: take a piece of wood (or modern composite material), place yourself, your luggage or your friend on top and push it down a hill.

Without the means of controlling this process, sliding down a hill on a piece of wood can be pretty reckless. That’s why skiing and snowboarding enthusiasts have developed technology and techniques to make sliding down the side of a mountain safe, fun, and stylish.

If you are going on a ski trip, you are most likely going to be skiing or snowboarding when you get to the mountain. These popular activities can be enjoyed by anyone but where you ski will be determined by your level of skill and experience on the slopes.

While early skiers predominately skied on one foot using a shorter ski on their other foot to propel them along, most modern styles use the combination of a pair of skis, boots, bindings and poles. Skiers traverse the slopes sliding in an upright position on their skis using their poles for balance, to propel them along flat terrain and to help with the transition of weight from one foot to the other.

Snowboarding in its most recognisable form has only been around since the 1960’s. Beginning as a pair of skis joined together, snowboarding was originally called ‘Snurfing’ due to its close resemblance to both skiing and surfing. At some point the name was changed to snowboarding, perhaps due to its likeness to skateboarding…or perhaps because the name Snurfing’s really not that cool.

Snowboarders do away with poles and go for a more hands-off approach. This allows them to use their hands to push back up if they fall – which you will do a lot at first. Whereas skiers face down the slope in their direction of travel, snowboarders will ride with either their left or right foot forward.

Left foot forward is called ‘regular stance’ or just ‘regular’. Those who snowboard right foot forward are said to be in ‘goofy stance’ or ‘goofy foot’. These names have been inherited from surfing and neither stance is more desirable than the other.

Snowboarders and skiers are both said to ski lines down the slope. Whereas skiers favour a more or less straight path downhill, snowboarders create big ‘S’ shaped turns in order to slow their speed as they descend. This means the two types of riders intersect each other’s lines often, and it is important to look out for one another and predict when your paths might cross.

Modern ski fields are built and maintained by field operators and include all the infrastructure you need in order to enjoy your time on the mountain and to get as many runs in as possible.

It can be cold up there on the mountain, so it’s really important that you wear that right clothing and use the right gear while you are up there. Because it takes a while to learn which ski’s, boards and boots are right for you, most people who are new to the snow will either borrow or hire gear the first few times. Ski fields offer rental services for beginner, intermediate and experienced riders with a range of gear to suit.

The basics you will need:

Where can I learn to Snowboard or Ski?

If you are new to skiing or snowboarding, ski fields around the world have ski schools run by professionals to help you master your turns and move higher up the mountain to more difficult runs. Chairlifts and T-Bars are designed to take groups of skiers and boarders up the slope at the end of each run so that they can start again from the top without having to burn all their energy on a difficult hike through the snow. Some ski fields will even employ enclosed gondolas that can carry large groups of riders up the mountain while keeping them warm for the next run.

What if I don’t have skis or a board?

Sledding is a popular activity in areas that experience a lot of snow in winter but that aren’t geared up for snow sports. Great fun can be had on hills that are steep enough to slide on, but that aren’t so big as to require a chairlift to get back to the top. Sledding is a great way to teach kids how to turn on snow and how to come to a stop. You’ll probably have as much fun as they will - let’s be honest.

How to stay safe on the slopes

Unless you are a veteran skier or snowboarder, the safest way to experience skiing for the first time is by heading to a professionally operated ski field on a mountain near you. Ski fields are patrolled regularly so you can feel safe in case of emergency, or if you have a nasty fall. Ski patrols employ the use of snowmobiles to transport equipment (and the occasional injured skier) around the mountain. Medical facilities and professionals are nearby to help you if you get in to trouble: that’s partly what you’re paying for when you buy your lift pass.

To avoid being carried down the mountain past all your mates on the back of a ski mobile, the best thing you can learn is how to control your speed and to come to an immediate stop. A small child crashing into the queue for the lift might end up with a bruise and a few stern words from Mum, but if you’re any bigger and go sliding into the back of someone, you might do some serious damage.

When you are on the slopes, remember: watch out for other skiers and boarders (especially children); stay in control at all times and stick to designated slopes and trails unless you are with a guide or ski-school instructor.

Check out our handy guide to packing for the snow

Look after the mountain

Skiing and snowboarding are by no means inexpensive sports. Most people who ski might only make it up the mountain a couple of times a year; they will make a real event of it. This is because a lot of gear is needed to participate and lift passes can come with a hefty price tag.

However, it is important to remember where that lift pass money is going. A lot of work goes into the maintenance of ski field facilities and infrastructure, and that work is made all the more difficult by the conditions of the surrounding environment.

With all the cafes, bars and shops around, it’s sometimes easy to forget that the mountain is an isolated area in the outdoors. It’s best, therefore, to treat it the same as any other national park and always take out what you take in, or place rubbish in the bins provided. Mountains might be patrolled by staff, but they are there to help you have fun, not to pick up your muesli bar wrappers. 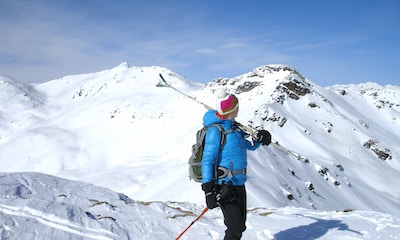