Even the experts make mistakes – what sets them apart from the rest of us is the way they handle the aftermath. We asked camping guru Scott Ivey if he wouldn’t mind sharing with us one such notable, albeit painful memory from his camping adventure, and he graciously obliged.

Scott learned a valuable lesson before heading out on the Kings Canyon rim walk: always wear steel toed boots when you are unhitching your camper trailer from your vehicle.

Camping Blunders to Avoid in Uluru and Kings Canyon

Before Scott’s mishap, he had the chance to see some of Australia’s most unique landscape, right in the heart of the Australian Outback. To get to Kings Canyon, Scott, his partner Sophie and a bunch of mates made their way across the Simo towing their custom built camper trailer. Scott takes his camper wherever he can, preferring to drive to his destinations.

On the way to King’s Canyon, one of Australia’s most famous natural landmarks came into view — Uluru / Ayer’s Rock. Uluru is known all over the world, a natural wonder that juts out of the flat surrounding desert nearly 350m into the air. The sandstone structure is a UNESCO World Heritage site and managed by local rangers in an attempt to reduce further erosion of the surface.

Uluru is a scared place for the Anangu people, the traditional landowners of the area. The Anangu take tourists around the site explaining the change in the seasons, the local flora and fauna and sharing dreamtime stories specific to the area and the creation of Uluru.

Every year thousands of tourists travel to Uluru to climb the rock. While this is not prohibited, it firmly goes against the wishes of the Anangu people, who have asked that visitors to the area respect the site by not climbing. The climb is also very strenuous, many visitors do not take into account the intense heat and their own fitness before attempting the climb, and so they get into trouble.

From Uluru to Kings Canyon, Scott and the team travelled over 300km across the desert, no mean feat in those conditions. But as always, they were prepared for the journey carrying huge supplies of extra fuel and water and food to make the trip.

See also: Scott's story, from his first trip to Stradbroke Island to the heart of the Simpson Desert

And everything was going well until Scott put his hiking boots on before the day’s planned hike into the canyon. Scott has a routine that he follows: he always makes sure to wear his work boots when hitching or unhitching the trailer. But this time he forgot, and he paid the price. Sophie and the team, however, got to experience Kings Canyon in all its glory.

There are three tracks to take, varying in lengths: 1, 2 and 6ks long. They took the rim walk track, the six kilometre loop that runs around the top of the 100m high canyon walls that fall to Kings Creek at the bottom. Scott said he remembers watching them leave him, his leg on ice as they started up “Heatbreak Hill” the strenuous first section of the hike. And it wasn’t just his foot that was aching.

Tell us about your biggest camping blunder on our Facebook page or in the comments below!

To read more about Scott’s adventures and some of our own, jump over to our blog! 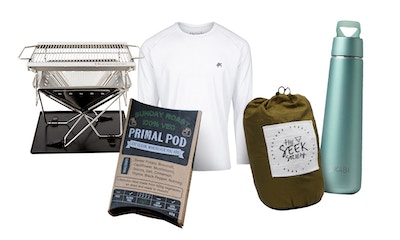 Christmas shopping got you down? Don't get your tinsel in a tangle. These outdoor and adventure gifts are sure to inspire smiles... 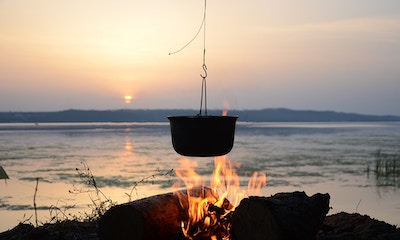 Camp Cooking 101: your recipe for success

Turn hungry campers into happy campers with our ten best tips for cooking up a storm in the great outdoors.... 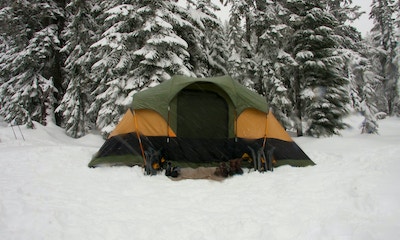 Don't wait for summer to go camping. Our checklist has all the gear you need to get out there this season...