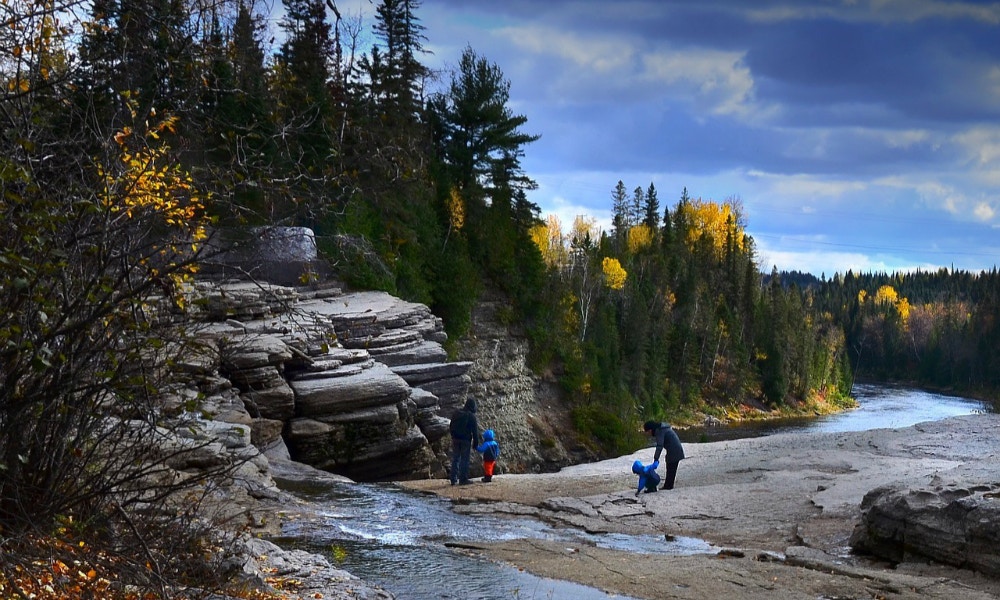 Australia and holiday beaches go hand-in-hand, absolutely. But I confess that I am more a mountains girl – I love to head to the hills and rivers. Having grown up in North-east Victoria, there is no end of mountains to explore (and it’s a long way from surf and sand!).

I have sensational memories of heading to the river with family, or friends and their families, and escaping the summer heat in and along the banks of the Murray, Kiewa, Ovens, and Mitta Mitta Rivers.

Fishing, boating, swimming; a day can disappear in a flash when you’re riverside. Here’s just a few ideas (some of them a little left-of-centre) to keep you and your family well entertained next time you choose freshwater over salt.

See also: Our top tips for catching fish on fly

Where there’s a tyre, there’s an adventure

Nothing says awesome-time-on-a-river quite like a car tyre. If you don’t have a spare then a lilo or a boogie board will also do the trick, but (in my mind, at least) they don’t quite have the same kind of retro authenticity. Ideally this activity requires a support driver and vehicle, the idea being that you go as far up river as you can by car and then get dropped off. Jump in/ on your tyres and let the current take you back to base. It might take several hours but it’s a top-shelf way to have some quality time out chatting with your fellow tyre travellers and solving the world’s problems before you get back to the BBQ.

See also: Great games to play with your kids while camping

You don’t have to be an Olympic paddler to have fun in a kayak or canoe on the river. If you’re new to either sport then yes, it can take some getting used to at first, but you can cover a lot more ground – err, water – than you would if you were swimming. Our family and extended family friends used to have an annual Boxing Day tradition whereby we’d hire the local school kayaks, jump on a bus and head to a river for a day on the water. Funnily enough that tradition ended abruptly one year when we completely undershot the time it would take us to get from A to B and return. A three/four hour adventure morphed into what was close to a full day of paddling. For people with no conditioning (but for that one day a year outing) I’ll confess it was greatness gone somewhat sour. But every other year was outstanding fun!

See also: Freycintet Kayaking Adventures takes you to some of the most secluded locations in Tassie

Skiing (not what you think)

OK this is probably an example of country kids adlibbing… But river surfing is great fun and involves everyone! You need a few items:

So you need at least three people in the water at the far end of the river. The skier will be sitting on the board, skis on, holding the rope. One person will be at either side of the board helping to keep it steady. Back on dry land you need as many people as you can muster, holding onto the other end of the (slack) rope. Upon the skier’s command, the ground crew must run as fast as they can with the rope, stretching it taught and moving at pace. This of course propels the skier forward, albeit no faster than the group’s average running pace.

Which might require some serious water balancing on the skier’s behalf. This is guaranteed to fail many a time but it’s the hilarity in trying that makes it such a winning activity.

Alternatively, you can engage in proper waterskiing! Expert Pete O'Neill runs you through the basics...

The kids in our group liked to really put the river in all our river activities… By this I mean whereas the adults would happily set up a campside barbie, the kids would stack our plates,jump on our boards and have our meal on the water, rather than beside it. It was always great fun to be floating and eating, and of course the parents would yell out and tell us to wade back when we started to float too far downriver.

No river adventure is complete without a Tarzan swing to take it to the next level. Unless you know the area well then the last thing I’d recommend is jumping on an existing Tarzan and just trusting you can safely fall into the river. Suss out the water’s depth and the rope’s integrity first. But if there isn’t a Tarzan already up and running, it’s an outstanding chance for everyone to get involved and make it happen. And a Tarzan by the campsite is like mother nature’s Gold Class Cinema – the laughs and entertainment just don’t get stale!