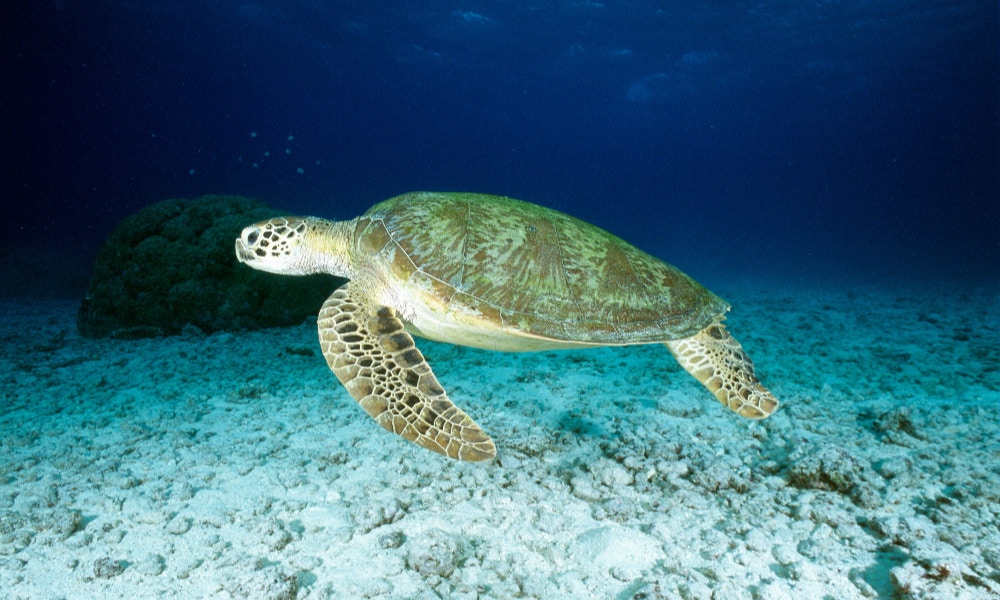 The Great Barrier Reef is synonymous with Australia, and the planet's largest coral reef is home to six out of seven of the world's marine turtles. The sad news is many of these turtles are under threat from a variety of factors, mostly caused by us. The Cairns Turtle Rehabilitation Centre (which is in fact two centres, one in Cairns and one on Fitzroy Island) is doing something about it, tending to sick and injured turtles, actively engaging with the community through educational programs and using the latest technology to give the turtles a better chance at life.

We spoke to Jennie Gilbert, who along with Paul Barnes, Co-Founded and started the Cairns Turtle Rehabilitation Centre using their own resources and generous donations from local businesses to care for and improve the lives of the endangered turtles.

How did the Cairns Turtle Rehabilitation Centre begin?

While we were working at the Undersea World Aquarium a turtle was brought in with 'floaters syndrome' and in need of rehab. Whilst we were rehabilitating her they closed the aquarium so land was needed and Sunlover Cruises donated a small piece of land in Tingira street. In 2001 Cairns Turtle Rehabilitation Centre was moved to Tingara Street in town and we started receiving more turtles, approximately three to four per year.

See also: Clean Coast Collective are cleaning up a coast near you...

With unforeseen environmental conditions beginning with Cyclone Larry, then the floods in Brisbane followed by Cyclone Yasi in January 2011, this led to a massive 800% increase in green turtle stranding's as the inshore seagrass beds were destroyed up the east coast of Queensland. To try and deal with the influx of turtles requiring rehab we set up a new location and were living dollar-to-dollar to try and keep the centre operating. During this period the Reef Trust provided some much needed funding. Since then we have been able to extend and improve our centre on Fitzroy Island and start an education program, which has made an enormous difference.

How have things changed over the years?

Our success rate of rehabilitating sick and injured turtles has improved dramatically. Initially the success rates were between 20-30%, but now sit at over 85%. The Reef Trust funding has enabled us to purchase satellite tracking devices which provide information on the turtles' travel patterns, the depths to which they dive, the areas they are staying in and their food sources. This information is vital as it provides us with information on home ranges and feeding grounds that can be applied to releasing turtles back into the ocean; this then gives the turtle the best chance of survival.

Green turtles diet is seagrass and with the seagrass beds being almost wiped out in 2011. Through our tracking we can monitor released turtles, which give us information on where they are spending a lot of their time, which therefore leads us to assume that the sea grass beds are rejuvenating and providing a great source of food for these turtles.

What has the Reef Trust funding enabled you to do?

While at the centre, the turtle's food bill alone is approximately $75,000.00 a year, and they can be in rehab anywhere from six months to three years. We recently released a turtle named 'Squirt' who came to us suffering from starvation weighing only 18kg. After three years with us, he was released back into the ocean at a healthy 42kg.

Without the Reef Trust we would be looking at getting second hand pumps, there would be very limited educational programs and materials. We now have new tanks with upgraded pumps and pipe works which is imperative to the turtles recovery.

At the centre the tanks were previously covered by gazebos and temporary shade cloth which we would have to take down every time a cyclone came through. This would also mean moving the turtles, which is a very stressful experience for them. Through the Reef Trust we have been able to set up permanent coverage and cyclone covers that we don’t need to move during cyclones.

The education program has made an enormous difference. We are now able to go out to the community and educate people about marine debris, how the turtles become stranded and what to do if you see a stranded turtle. People's first reaction is to take a photo, so we are trying to educate people to think of their welfare first.

What can people do to help?

Being aware of the turtles' welfare is paramount, and knowing how to deal with an injured turtle, which extends to who to call and how to pick them up, is also important. The Great Barrier Reef and everything in it is linked, so if the turtles are healthy the reef is healthy.

Also being conscious of marine debris and not throwing rubbish into the waterways or on beaches.

See also: Two surfers with one goal to bring local to the world.