Going for a bushwalk in the middle of a Sydney summer is awesome if you’re into sweat, snakes and cicadas ringing in your ears. But throw in some creek walking, swimming holes and natural waterslides? Suddenly this is sounding like a pretty good day away from the AC. 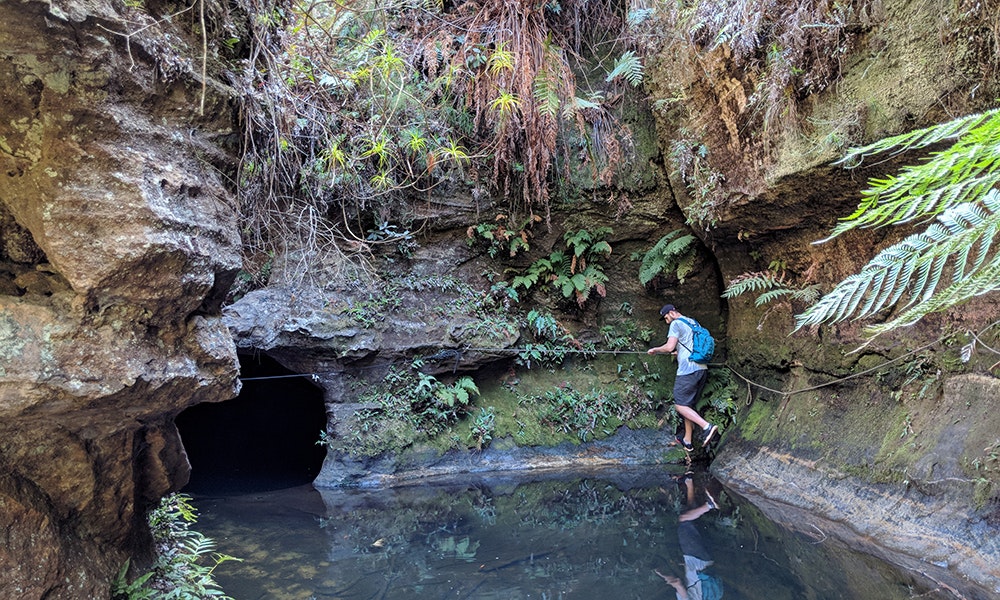 Some of us here at Outdoria Base Camp are what you might call canyon noobs. We’ve got more enthusiasm than we know what to do with, which is great and all, but not helpful when it comes to getting down a 30m waterfall. Alive.

So with summer hot on our heels and a bank balance incompatible with hiring a guide, we decided sussing out one of the Greater Blue Mountains’ non-abseil canyons was a matter of utmost urgency, and is basically how we wound up knee-deep in Nayook Creek.

If you’ve ever looked down upon the wooded valleys from the tops, you’d never know canyons like Nayook Creek – also known as Deep Pass – are hiding down there. The tiny tributary, which branches off the bigger and better-known Wollangambe River, flows to the far-west boundary of Wollemi National Park and is reached via the tyre-shredding fire trails of the Newnes Plateau, a hop and a skip from Lithgow.

The drive through the Blue Mountains is beautiful in spring, with wildflowers colouring the roadside. An early start will give you the option to stop off in Wentworth Falls, Leura, Blackheath or Mount Victoria for a cup of life fuel and a stickybeak, before winding down into the verdant valleys west of west.

Google maps took us all the way to the Deep Pass parking area, but we’d say the spiderweb of fire trails warrants navigational backup. The state pine plantation is an interesting drive in an apocalyptic kind of way, with great tracts of flattened forest and the drone of dirt bikes and buggies marring the landscape. Leaving the dust behind and finding refuge in national park will no doubt come as a relief. 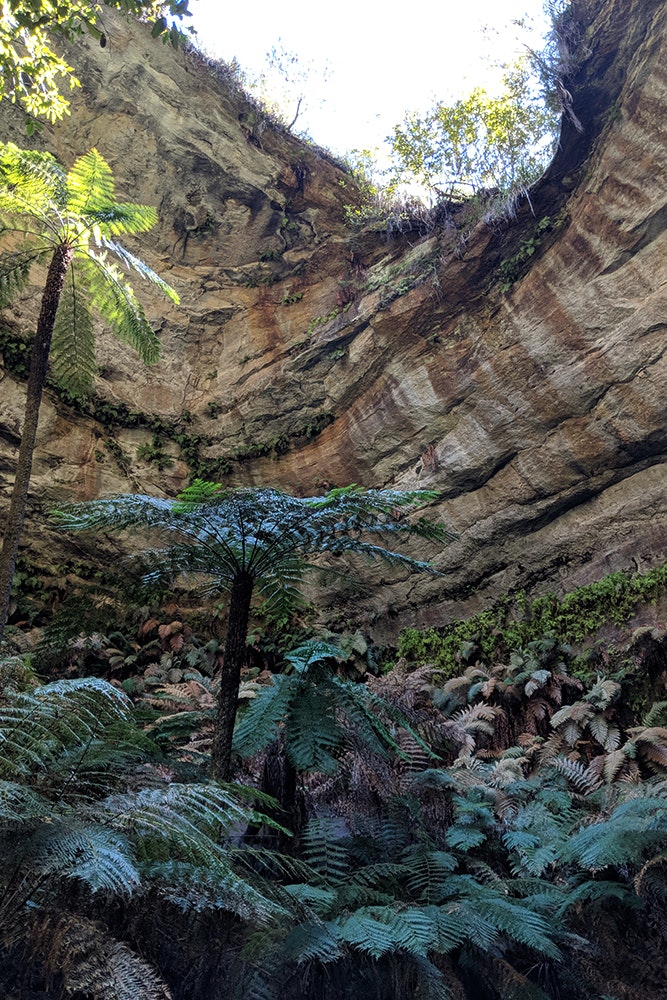 We arrived at the unmarked track head eager to get going after spending a good hour following, oh probably three wrong tracks. The exploratory mission wasn’t in vain. The area is circled by towering sandstone cliffs, and we found ourselves egged on by juggy overhangs, deep slots, and a particularly pretty amphitheatre filled with tree ferns.

It wasn’t until the trickle of the creek had faded completely, and when the overgrowth had us wishing for machetes, that we decided something was amiss. And that right there is the beauty of canyoning – if you’re not in a creek, you’re probably not in a canyon. 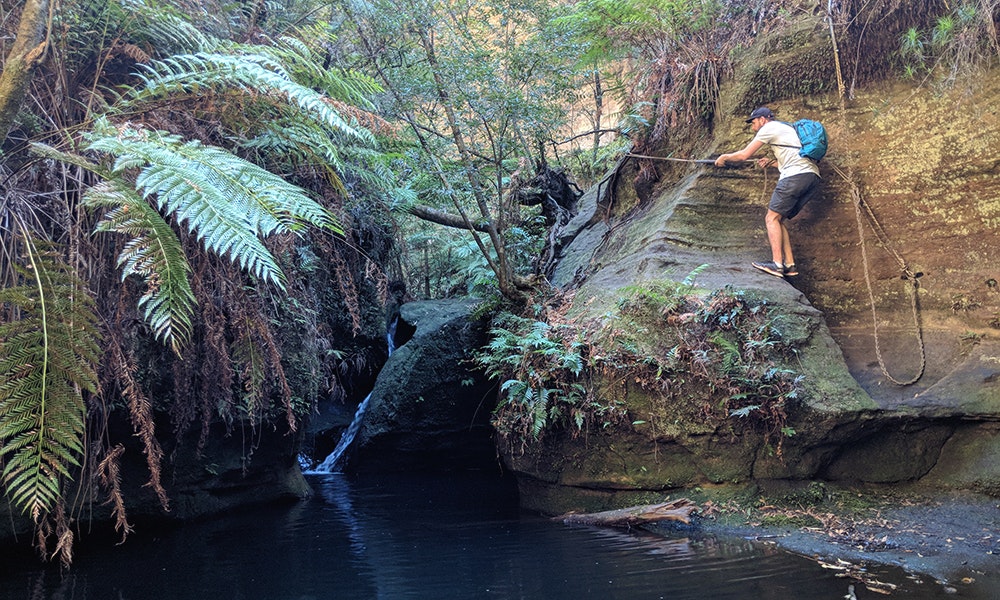 Back on track, trail turns to mud as the cool, mossy walls begin to close in, ushering you towards a chain of inky-blue pools fed by tinkling waterfalls. We relished the slippery rope-assisted scrambles, which were easy/tricky enough to be fun/nervy, but we resisted the optional water jumps and plunge pools. Not all of us had a change of clothes, because #amateurhour.

In further amateur fashion, we went in with about 30 muesli bars and no spare rope. And let me tell you, we wouldn’t have got very far if it weren’t for the legends who maintain the many bolted ropes, as well as the semi-submerged ‘bridge’ engineered from a jumble of twigs. Inching our way across as it slumped deeper into black, eel-y water was enough to get a few hairs standing on end.

Clumsy canyoners could easily go for an involuntary swim, but if you’re sure-footed and long in the limbs, you may get away with staying dry above the ankles to the very end.

Me? I figured I’d save the fight for one I can win, and sploshed through the flooded chasm first chance I got, wet to my waist, sludge in my socks and a big fat smile on my face. 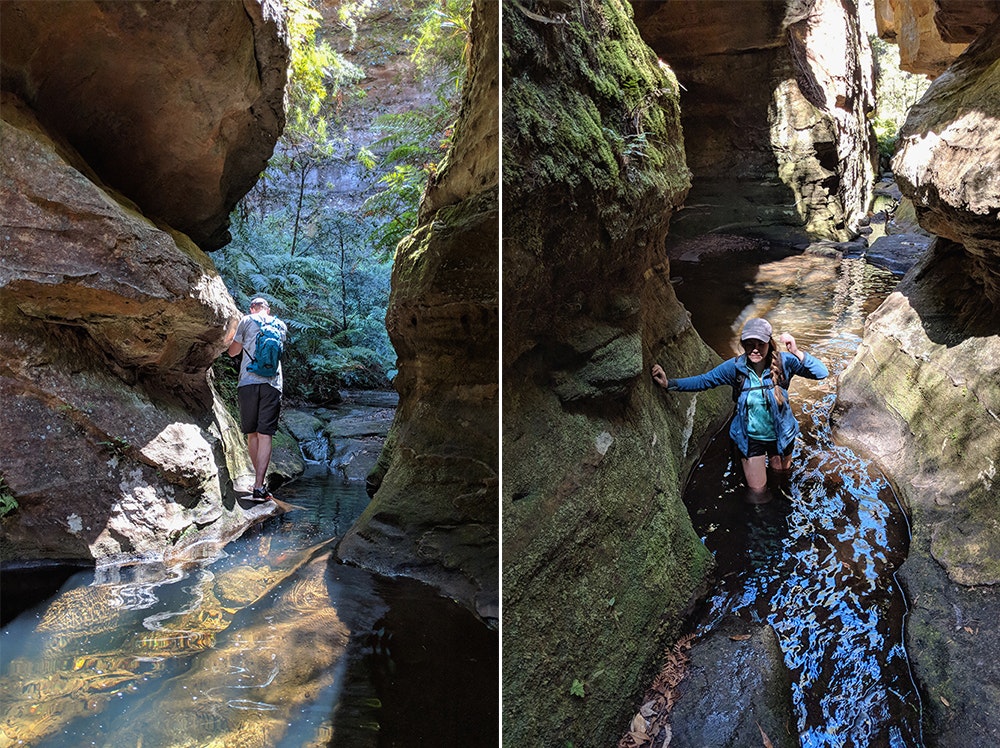 Canyons have a way of err, flooding you with awe. The curtains of light playing off vast arching walls and illuminating the delicate hanging gardens and iridescent pools has to be some kind of magic, I’m sure of it. Climbing up the last of the cascades, where the canyon opens up to the scrub is bittersweet, and we were close to exiting the way we came just to see and do it all again.

Ultimately we chose to do the full loop by taking a bush track up the right-hand ridge and back to the Deep Pass parking lot. It’s a short, steep climb out, but with clear skies and mild weather, a tea break on a rocky outcrop overlooking the valley was the perfect way to finish up – and a chance to wring out our socks!

The Nayook Creek loop is only 2.2km, but could take anywhere from 45 minutes to a few hours. In the height of summer you could spend the whole day hopping in and out of the pools, hiding out in the cool shelter of the chasm.

The Deep Pass campground is about 800m from the carpark and, with its plumes of bright wattle and babbling streams, is perhaps one of the prettiest we’ve ever seen. Not staying there for the night to suss out more walk-through canyons in the area is our only regret. 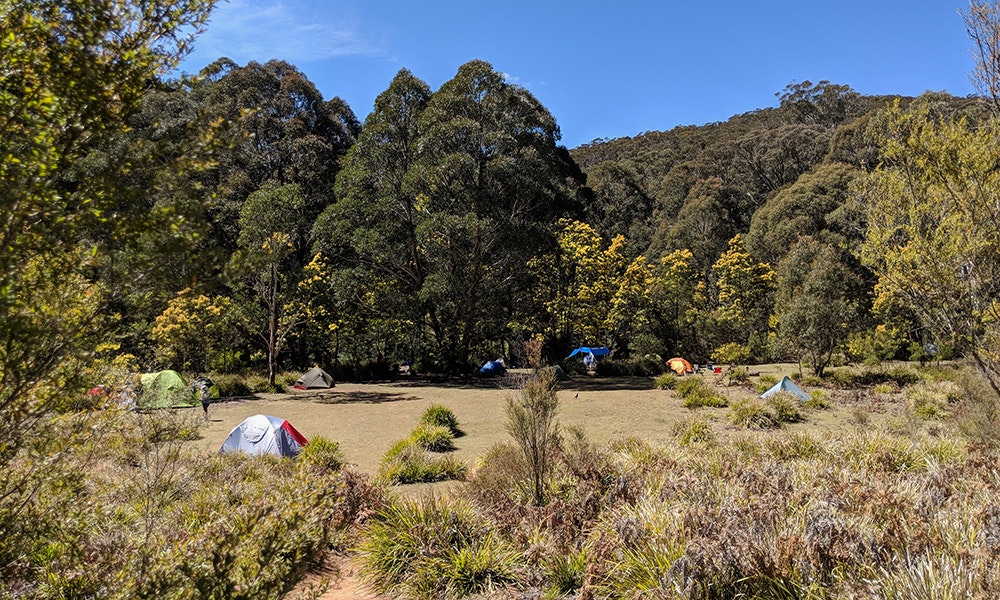 From the parking area, head down the Deep Pass walking track for a few hundred metres. There’s an unmarked bush track on the right, just before a small stream crosses the main path. If you get to the campground, you’ve gone too far.

As a bushwalk, we’d say the ‘experienced only’ grading is fair. There’s no signage to rely on, and this part of the national park is pretty remote with plenty of ways to get lost or hurt.

As a canyon, it’s reasonably easy as long as you’re comfortable with a few short, occasionally awkward scrambles. Try a true walk-through canyon such as the Dry Canyon, which has long been emptied of water but is no less striking, or the River Caves if you prefer to avoid all climbing. 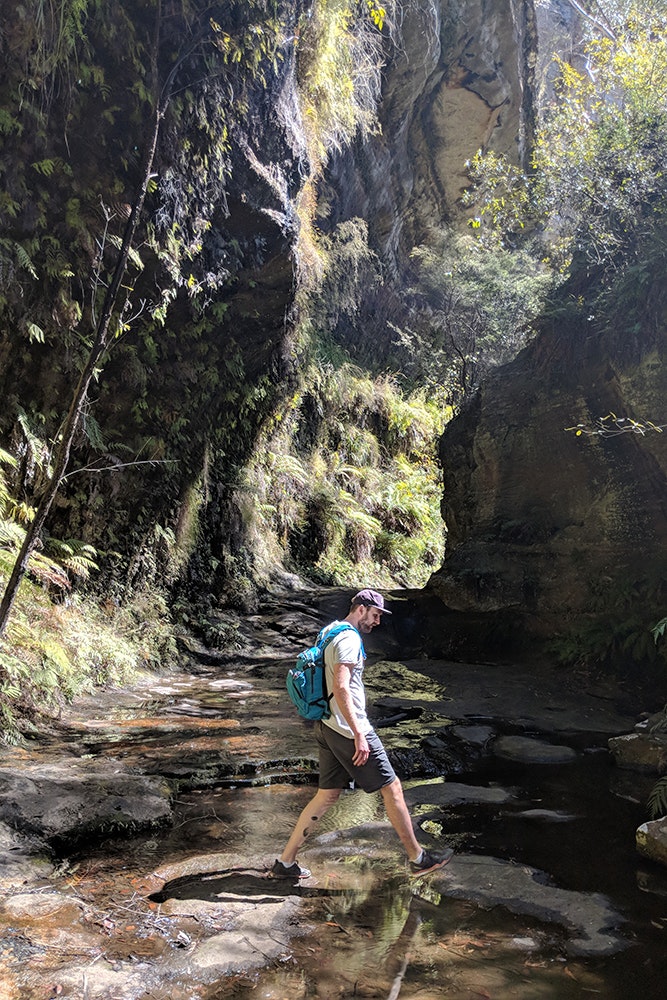 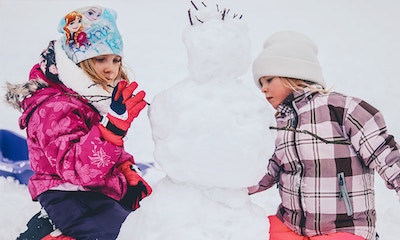 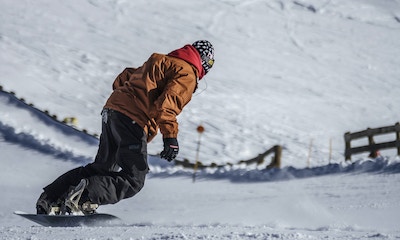 How to Choose a Snowboard - Online Buyer's Guide

Getting geared up for the season ahead? Read our ultimate guide to buying a snowboard online and make the right choice...