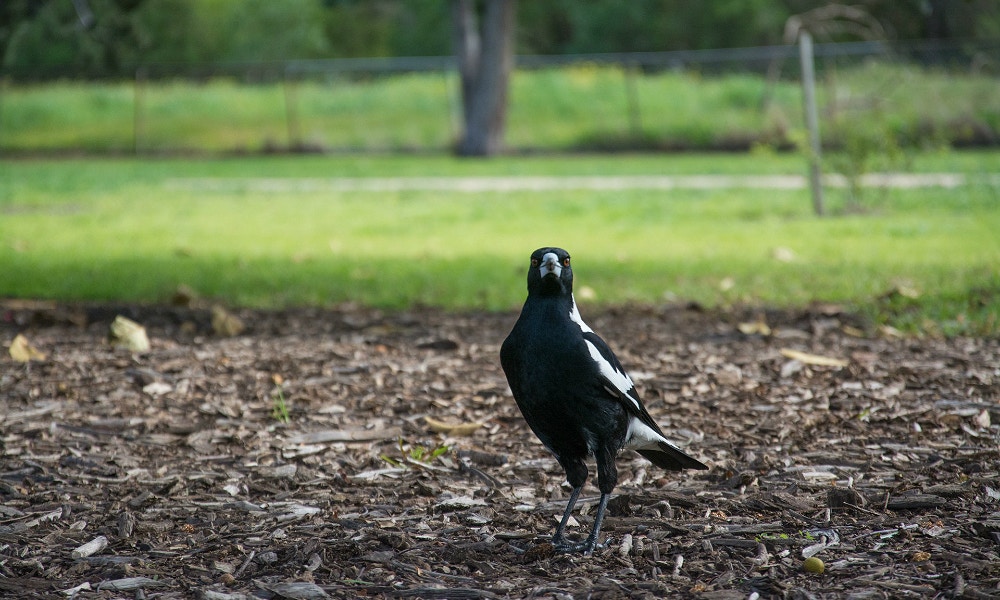 For an online architect, Jon Clark sure knows a bit about magpies. He’s beginning to learn a bit more about media, as well. He’s been on the phone to two radio stations this morning, and Channel 7 News is catching up with him later today.

And it’s all because of magpiealert.com, a website Jon developed in 2013.

He was out riding one day when he suddenly felt something clipping at his year. He turned and found himself face-to-face with an angry, agitated maggie. His first-ever attack, Jon got such a shock that he almost came off his bike. And that was on the journey out – his ride had only just begun! As Jon prepared for the return he had a feeling the maggie would be back. He was on an established cycle path and so he watched other riders pass under the maggie’s radar. It became clear to Jon that this particular maggie was, on this day at least, only interested in giving Jon a run for his money.

See also: St John Ambulance runs you through some common outdoor injuries and how to handle them

Once safely at home, Jon jumped online to discover ‘bits and pieces’ of information from disparate sources, but no central place for monitoring swoop hot zones, or sharing tips and advice about maggies. An idea for maggiealert.com started to form.

The site is primarily a source for pinpointing and monitoring magpie attacks around Australia. The data is submitted by bike riders, runners and walkers around the country. Last year the site clocked 1,450 swoops in the season. This year – just two days into spring – and already 600 attacks have been recorded.

The increase is in part thanks to the site upgrades. It’s now user-friendly from smart phones as well as PCs, and those who log-in can create their own personalised home page charting attacks specifically in their area. They can then receive email updates on attacks from other parties in the same locale.

Queensland experienced a fairly warm winter this year, and so maggies have started breeding early. The rest of the east coast however, had to endure the coldest winter in decades, so you’d have thought magpies further south would be a bit slower to swoop. Not so – they seem to have started every bit as early as their northern winged counterparts, and they’re creating plenty of panic and/or frustration in the community.

See also: Richard Lyons is a bird expert - we caught up with him during our adventures in Victoria's Alpine North-East

According to Jon, the worst attacks usually involve cyclists and usually involve the rider coming off their bike in the heat of the attack. One victim last year suffered three breaks along his vertebrae.

A friend of Jon falls victim to the same maggie attack day in, day out. This particular bird has learnt to avoid the helmet area and instead nips at the ears in an effort to cause damage. As Jon explains, if a bird really is intent on injury then it can be difficult to prevent a swoop, even if you do go down the path of tying cables to your helmet.

Jon’s advice to riders is to get off their bike the moment a maggie starts to attack, and try shoo-ing it away whilst standing, rather than continuing to cycle and risk coming off and doing even more damage.

There’s a section on Jon’s site that encourages you to shout him a beer if you’ve found the self-funded resource useful. But otherwise Jon is happy to dedicate the seven or so hours a week required to maintain the site for community benefit/safety. It’s also a good opportunity for him to do what he’s trained to do and what he enjoys so much – building websites.

I ask him if he’s going out for a ride this weekend, and he confirms he will. But he admits he’s dreading it – they’re really giving it everything they’ve got this year. At least he knows a good website that will help him circumvent a few attacks…!