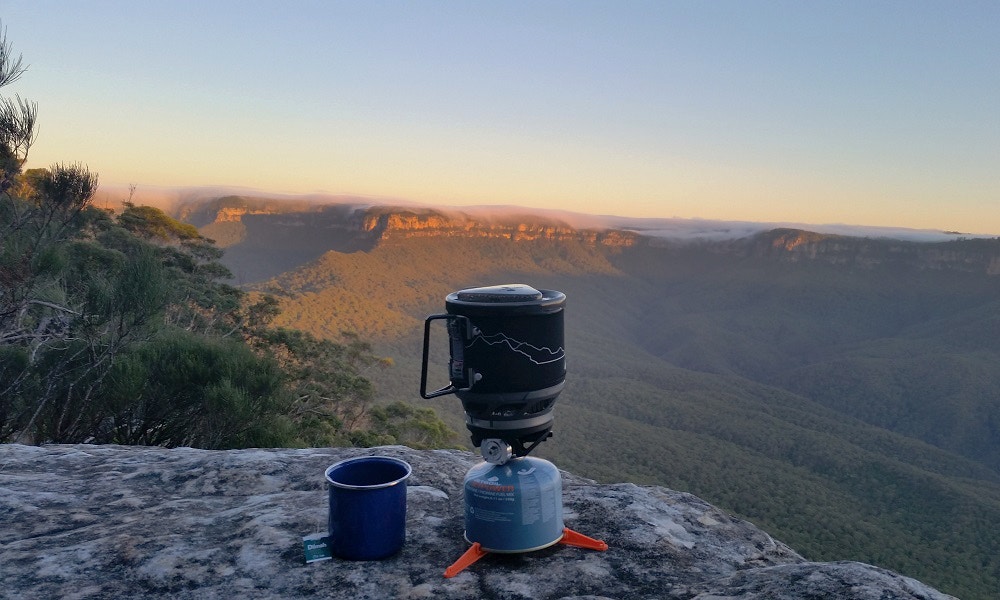 Let’s go ahead and make the call that as a species, our capacity for patience is on the decline. Go back 15 years and there we were with our Duke of Ed pals, waiting upwards of 15 minutes for the pot to boil on a school-issued alcohol stove. We loved that stove at the time, and still do. It packed into its own set of pots, had no fiddly breakable parts – the thing was bomb-proof – and it ran off methylated spirits, which don’t burn much hotter than a hairdryer, but at least they’re widely available and dirt cheap. Ask us to wait that long for water to boil now? As darkness descends on camp? While a storm blows in? Yeah, nah.

On our most recent trips where we’ve needed a portable stove, we’ve been reaching for the Jetboil MiniMo. We weren't convinced the little unit would be worth the price when you can cobble together a lightweight cooking system with a bit of loose change (think the cat food can stove, or the slightly more sophisticated Coke can stove). But aside from being lightning fast and crazy efficient, the MiniMo addresses many of the issues that plague other lightweight cooking systems out there. And after giving it a go on a few overnight bushwalking trips, we’ve decided we'd never head off again without it. 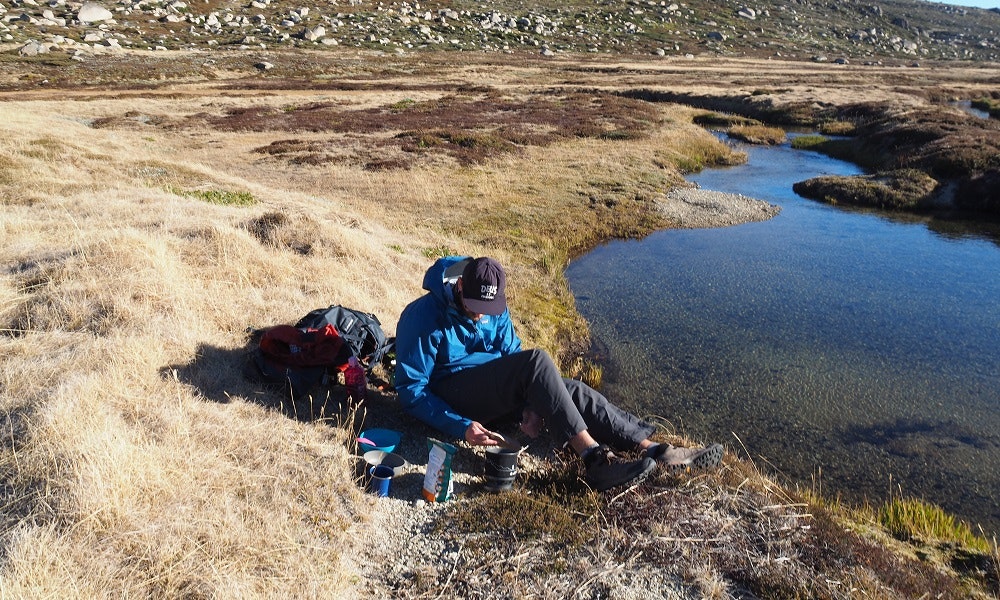 The MiniMo is an integrated portable canister stove designed primarily for lightweight adventures. The burner and gas canister pack within the pot itself, making it a very tidy unit. Parts include:

Anyone who’s into multi-day trips by pack, pedal or paddle is gonna love it, but it’s also a good thing to have around on car trips for quick roadside caffeine hits. It’s a good size for one or shared between two, but if there’s more than two mouths in your crew you’ll be taking turns. 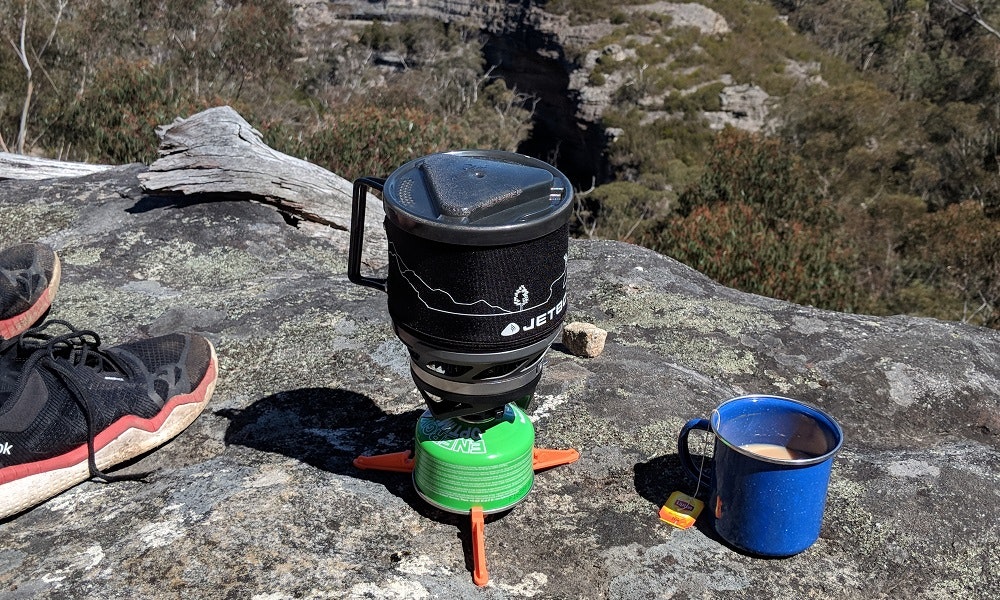 Since Jetboil blasted onto the scene in 2003, it’s produced more than ten stove types of varying size and efficiency. The MiniMo was released after the Jetboil Flash with a zippy boil time of 2.15 minutes per 500ml, good fuel efficiency of 100g per hour, and a number of other small but significant improvements.

The most obvious change is that the 1L cookpot is shorter and wider. The big win here is that your spoon doesn’t get lost in the void, and the angle makes it easier to eat from. It’s also designed to enable more than just boiling water. While we haven’t tried it ourselves, it’s clear that a pot base with a larger surface area would be able to handle simple cooking tasks, like scrambled eggs or heating pasta sauce.

Likewise, the burner’s excellent simmer control gives you more flexibility to cook and heat food in the pot, so its capabilities go far beyond meals of the just-add-water kind. There’s a bunch of recipes out there that we’re keen to try out, so we’ll keep you posted on this one! 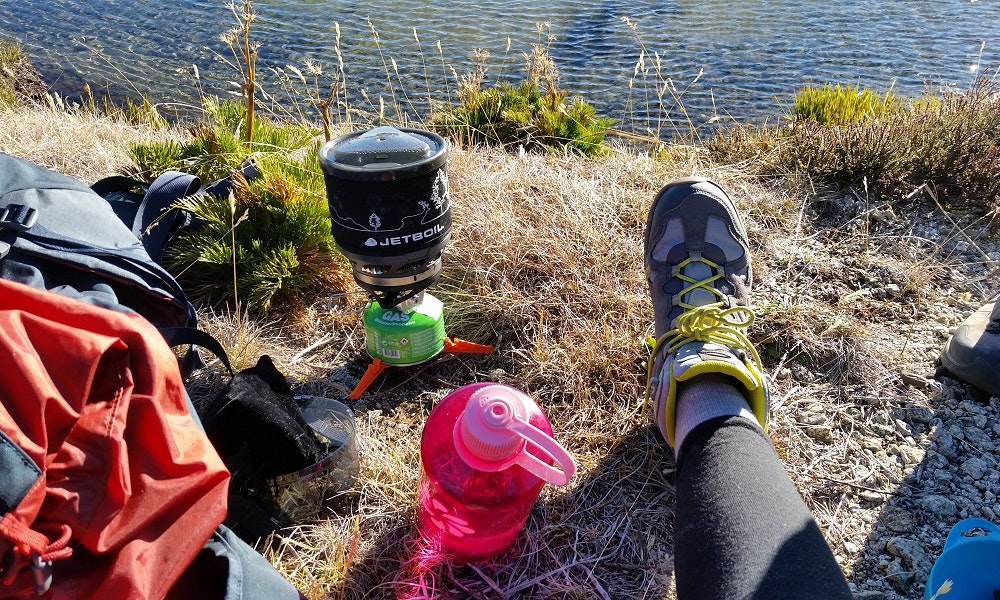 There’s two features in particular that we rate above all else. The first is the integrated wind guard. It makes the whole set up incredibly reliable in blowy weather – which for us has been more often than not! We’ve boiled water up on the Kosciuszko Main Range when one of those infamous westerlies was howling through our campsite, and the MiniMo didn’t even flare.

The MiniMo’s stability will be appreciated by anyone cooking in the bush. Cooking systems that screw onto a canister are top-heavy by nature, but the MiniMo holds strong even on slightly uneven ground. The gas canister gets extra support from the clip-on stand, and the fact that the unit is integrated – i.e. the pot is fixed to the burner rather than balanced there – makes the whole system sturdier than others of its kind.

The combination of the protective pot sleeve, cool-touch handles and easy-pour spout pretty much eliminate any risk of being burnt or scalded. Water is boiled with the lid on, so you should be relatively safe even if you kick it over. 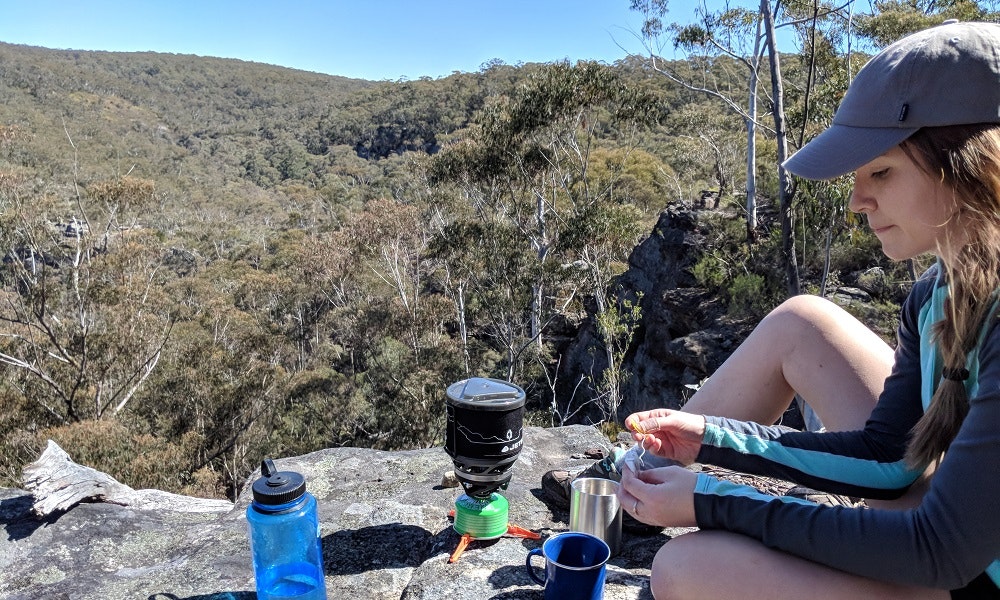 As much as we like how easy it is to ignite the burner at the push of a button (we still carry matches out of habit, but they’re not needed), there’s something about moving parts that make us nervous. Things that can move are things that can break. The simmer control is one of said moving parts that we find ourselves handling delicately. However when it’s in transit the burner is tucked safely inside its velvet bag, inside the pot – so we’ll chalk this up to paranoia/personal taste.

Jetboil chose to do one thing and to do it really well. As a result, the brand is market-leader in integrated stoves, with speed and efficiency that set the bar and blow many other cooking systems out of the water. We love how Jetboil systems pack small and keep all the individual elements organised and contained – it’s easy to forget/lose essential kit when bits and bobs are floating around in your house/pack.

At $270 a pop the MiniMo is not going to suit everyone’s budget, and for the price we’d want to get quite a few years out of it. The Jetboil Flash is about $100 cheaper and a great buy if your primary purpose is boiling water. Either way, what we can’t put a price on is how Jetboil has removed every trace of stress from our often-hurried backcountry meals. Factor in the good work it does fighting the chaos inside our pack, and we reckon these integrated systems absolutely live up to the hype. 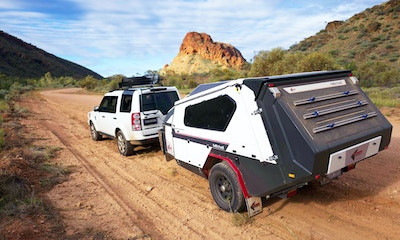 After a solid off-road camper? Get the lowdown on the newly fine-tuned Mitchell Hybrid by Pioneer Campers...

BOG OUT: an off-roader's best friend

This 4WD self-recovery system is a small investment for a lot of peace of mind.... 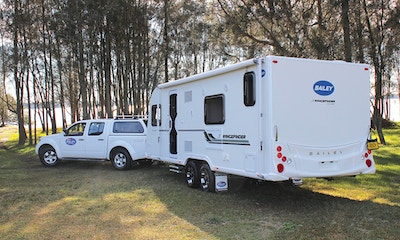 Bailey’s Rangefinder Comet is big on space but not so big on weight gain normally associated with slide-outs...