The European Alps - a Hiker's Paradise 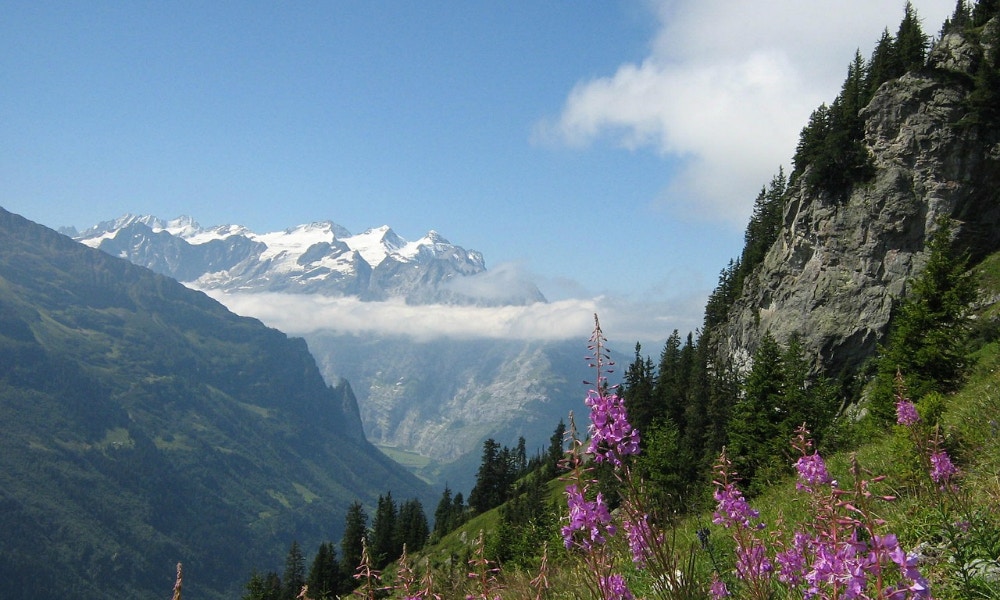 For the past 21 years I have been regularly visiting Western Europe during the Northern Hemisphere’s summer. Although I try to go somewhere new and different each time, I invariably return to a cluster of countries that I find irresistible – Austria, France and Italy. There are a few reasons I keep coming back to these incredible destinations. First and foremost is family and friends but second is the opportunity to get outdoors and up into the hills. Irresistible food and quality wine would have to be up there, as well…!

I am without doubt a mountain girl.

Whereas so many others Aussies flock to the beach, I’d take rivers and mountains over waves and sand any day. Don’t get me wrong – I still love the coastline, but the rugged, pristine wilderness of the European Alps is in my mind a thing of constant wonder and beauty.

I most definitely don’t belong in Outdoria’s Snow Team. I chase the warmth and even though you’d be hard pressed to get too hot on-top of any of those Alps, I still only ever see them in Spring, Summer or very early Autumn.

Normally my time spent in the hills is hiking although on occasion I’ve climbed, mountain biked, walked and even done some running (or maybe sedate jogging would be a more apt description). One of my most memorable experiences was an adventure with a German/Austrian friend that started with a two hour uphill mountain bike ride. We parked our bikes at an alpine restaurant where we had lunch and then took off on foot for perhaps the next 1.5 hours, walking up, up, up. We eventually passed the fertile lands and into rocky outcrops, where we roped ourselves up and climbed for the remaining hour or so. It was a most excellent adventure and great to dice up the day by reaching the summit via three different modes of transport.

A year or so ago I joined that same friend and her husband for a seven day ride through the Alps. We began in Austria and crossed over into Switzerland, Italy, then back ‘home’. We spent an average of 6 hours a day on the bike and climbed some of the most iconic passes in the region – names given near-mythical status thanks to events like the Tour de France and Giro d’Italia.

So aside from the chance to spend hours catching up with mates who normally live so far away, what is it about the mountains that keeps pulling me back?

You understand why Heidi was sent up these hills to recuperate – there is a stillness and mindfulness that descends the moment you are in this landscape. When you’re on the peak of a mountain and surrounded by a sea of equally impressive summits, and all you can see is rolling vastness, it is awe-inspiring.

My pathetic attempts to take photos with a smart phone don’t even come close to sharing how stunning the views are. We are blessed in Australia to live in such a dramatically beautiful country, but these Alps are just so different to anything we have at home. The sense of scale is humbling. I am a big fan of the macro and micro view. As you move up, up, up of course the vista changes – the house where you’re staying becomes a mere speck, if you can even see it at all. The higher you get the more surrounding mountains you see. It’s a pristine wonderland. But pay attention to the little things as well. As you pass perfectly manicured homes you note things you’d rarely see at home – like the stacks of wood that might have been manipulated to look like a painted love heart, or the meticulously maintained flowers spilling in cascades from windows. The fences are made by hand using local branches and criss-crossed in a sturdy, but oh-so pretty fashion. The rivers are churning with icy blue water (perfect for cooling down any beverages you may have walked up with). You might even chance across the occasional fox, deer or other wildlife (although granted it feels like we’re a lot more surrounded by fauna back here at home).

These mountain people understand the need for clarity in the hills. What I mean by this is that Mother Nature can conspire incredibly quickly to catch you unawares, so never assume you’re just going out for an hour. Prepare and plan as though you could be caught out for some time. Always make sure someone back at base knows where you’re headed. In addition to bringing with you your own maps and perhaps even a compass, you will be pleased to know that so many tracks throughout the European Alps are incredibly well sign posted. Not only do signs often indicate the name of the track and its distance, but also an approximate time to complete the track. Additionally, tracks will often feature markings along the way to reassure you that you’re somewhere humans have already travelled before!

I confess it was in part the Austrian cows that turned me, a meat-eating country girl, into a vegetarian. I just think they’re the most docile and beautiful creatures, and they’re almost given a personality up in these hills thanks to the wonderful bells that hang from their neck, making an unmistakable clanking sound you can hear from afar. In many parts, there is a big tradition about sending the cows up into the hills during the warmer months. They are often decorated in beautiful alpine flowers and the town celebrates, no doubt looking forward to the milk (and cheese) that will flow during their time in such fecund green pastures.

I don’t want to sound like one of those people, but this is where Australia has it so-so wrong. It feels like no matter where you walk in Europe, there will be a tavern or a café or a restaurant along your way. In fact, it wouldn’t be unusual to encounter several on the one walk. The fact you can get out there for hours on end and then settle into the most wonderful chalet for a proper sit-down meal is too delicious. It gives you something to look forward to when you’re out doing all that exercise, and something with which to reward yourself. Also, more often than not these places specialise in regional fare so you’re stopping off to enjoy a super hearty meal that’s probably just like the local grandmas make. Of course you can DIY picnic or BBQ and use local regional specialities as well, but I will always pick a chalet over a picnic when I am up in the Alps. I just love it.

A hike in these hills is an extraordinary workout. You will feel it the moment you get going. There is no doubt that a holiday in the European Alps is a step towards sound fitness (provided of course you spend less time with the wine and cheese in the chalet and more time in the magnificent great outdoors!). I always come away from these hiking adventures feeling so healthy and refreshed. Just be careful, though, as if your muscles are new to hiking – or haven’t hit the hills for some time – then they are going to feel it, especially in the days to follow. That said I find going down not only less enjoyable but it’s actually harder on my body. My quads feel all shades of pain the next day… But I suspect I love it. Of course the best antidote in my mind is to just get out there and do it all again the following day.