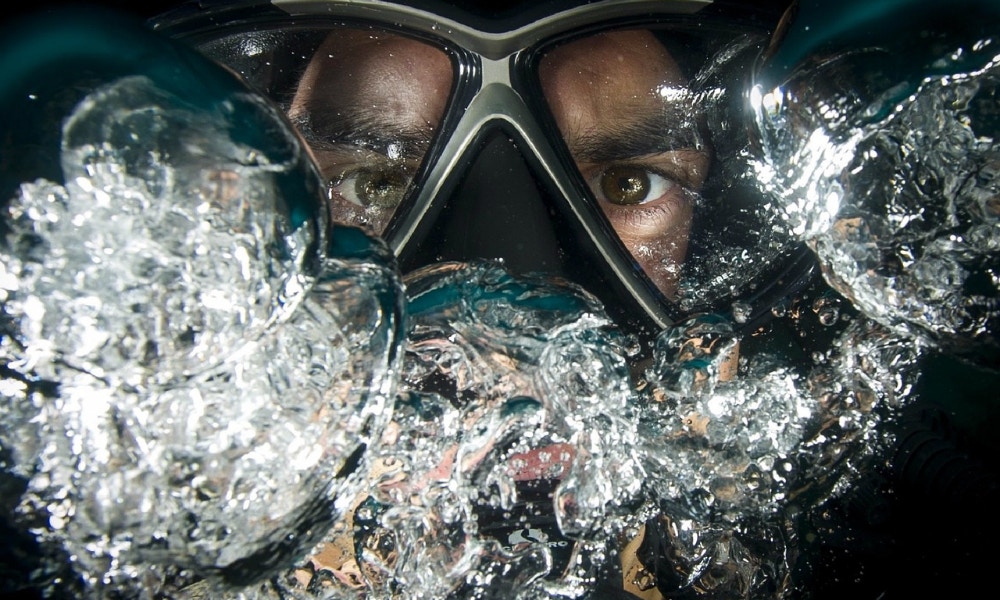 For thousands of years, we have been exploring the depths of our greatest oceans, lured by our own natural curiosity at what lies beneath and the treasures to be found on the sea floor. It has been said that we know more about the moon than we do about the oceans and seas that cover over 70% of the earth. Scientists and explorers make new and exciting discoveries every day beneath the waves aided by novel technology that has been refined to allow divers to spend more time under the sea.

Before this technology even existed, however, our ancestors would train relentlessly in order to extend the amount of time they could hold their breath so as to explore for longer, and return with greater rewards.

Free Diving is the oldest form of underwater diving. Free divers in ancient times would carry weights such as large rocks in order to reach the seafloor quickly to hunt for ocean treasures such as coral, shellfish, crustaceans and sponges. Free divers could spend up to five minutes at a time underwater without aid. Free diving is still practiced to this day in indigenous island cultures and as a form of sport. Competitive free divers attempt to descend to greater and greater depths in order to set the record for the person who has been down the deepest on a single breath of air.

Hoping to extend dive times, explorers and inventors during the 16th and 17th century sought a way to provide an air supply directly to divers on the seafloor. They came up with the diving bell which was designed to act like a bubble chamber that could be entered and exited when another breath was needed to continue working.

Imagine flipping a bucket upside down and pushing it against the surface of the water and towards the bottom. You will have found it is incredibly difficult to do so as the pocket of air inside the bucket makes it buoyant, forcing it to the surface.

To cross the hurdle ‘ballast tanks’ (water tanks) were included in the design to help the bell achieve negative buoyancy and remain balanced on the sea floor. Diving bells could be connected to the surface via tubes that provided a constant supply of air. Diving bells are still used today for search and rescue and salvage operations.

The first diving dress or diving suit was developed in the 18th century with the intention of allowing divers greater mobility and a constant supply of air from the surface. The diving dress coupled with a diving helmet remained in use throughout the 19th and 20th centuries by naval operators, salvage crews and ocean explorers. The suits were cumbersome, however, and prone to complications.

A new kind of diving technology was needed to make diving consistently safe. If only divers could carry their supply of air with them, cutting off the need for lines running back to base on the surface.

We refer to it as scuba diving these days. But scuba actually stands for ‘self-contained underwater breathing apparatus.’ You can see why we call it scuba…that’s much too long. The advent of scuba revolutionised the way we explore the world beneath the waves. Being able to carry their air with them, divers could now cover greater distances across the sea floor, no longer restricted by the lengths of their air lines.

Two kinds of scuba have been developed over the course of underwater diving’s history: open-circuit scuba and closed-circuit scuba.

Closed-circuit scuba was developed with the idea that air could be recycled using a ‘rebreather’ system. Oxygen the diver did not use would be scrubbed of carbon dioxide and reused. Early systems were restricted by current technology, however, as air tanks could not withstand the intense pressures underwater.

Rebreathers are typically used by military and underwater photographers because - unlike open-circuit scuba systems - they don’t expel air into the surrounding water disturbing marine life, or giving away your position.

Open-circuit scuba is the most common form of breathing apparatus used to this day, both professionally and recreationally. Perfected in 1943 by Jacques-Yves Cousteau and Emile Gagnan, the ‘Aqualung’ (as it was coined) allowed a constant supply of compressed air, while expelling carbon dioxide into the surrounding environment.

Research into the effects that extended periods of time spent underwater can have on the human body have led to leaps and bounds in scuba technology. Divers can now spend hours beneath the surface using various combinations of compressed gases to allow for the changes in pressure and to avoid the adverse effects of decompression sickness.

What are ‘The Bends’?

It is fair to say that the ocean floor is not our natural habitat. Our lungs are not designed to cope with the incremental increases in pressure experienced as you descend deeper and deeper beneath the surface.

As the weight of all that water builds, the pressure of the surrounding atmosphere becomes too much for your lungs to withstand, and for the gases in the air we breathe on the surface to absorb into our bloodstream efficiently.

A regulator releases the compressed air held in a diver’s tank at the same pressure as the surrounding atmosphere, allowing the diver to breathe naturally. But, the diver’s body is still susceptible to the surrounding pressures and so are the gases that have absorbed into the divers bloodstream.

When gas molecules are put under great pressure, they experience the same squeeze you feel on your body and in your ears as you descend. This mean they pack closer and closer together. This is fine as you descend because your regulator provides a constant stream of pressurised air; but as you head back to the surface, all those gas molecules start to expand and diffuse. If you ascend too quickly, those molecules form bubbles or clots in the blood leading to decompression sickness–also known as ‘the bends.’

Divers will therefore spend times at varying stages in their ascent called ‘decompression stops’ in order to allow the gas in their blood to return to the local atmospheric pressure naturally. Ascending quickly can lead trauma and even death.

Scientists have worked out that divers require different combinations of gases depending on the task at hand in order to breathe comfortably underwater. These mixes will sometimes contain higher concentrations of oxygen than the air we normally breathe to allow for longer dive times and reduce the likelihood of getting the bends.

Where can I dive?

You can dive pretty much anywhere there is a body of water. The way in which you go about it will be determined by your location, what you intend to do under surface, and how long you expect to stay there. Both scuba diving and snorkelling are suited to areas that aren’t frequented by a large number of boats and ships as marine traffic can be ‘bad for your health.’ Divers should always use a marker buoy or dive flag floated on the surface to indicate that they are down below, and that other craft should keep a sensible distance from the dive area.

Snorkelling is a popular recreational and professional form of diving that does not require scuba gear. All you need is a mask to keep the water out of your eyes, a snorkel to help you breathe, a pair of fins (ideal but not essential) and a wetsuit (if it’s cold, but also not essential). Snorkelling is predominately performed in warmer, shallow bodies of water where the things you want to see and experience are close enough at hand that you can take short dives down to them before returning to the surface to take a breath through your snorkel. Your fins will help propel you along and conserve energy, and your wetsuit will keep you warm if you are spending a long time in the water.

If you are planning on diving to collect shellfish or crustaceans for dinner, you might be restricted to snorkelling or freediving depending on your target species. Always check your department of fisheries for rules and regulations before throwing on a tank and collecting shellfish. In New Zealand, for example, it is illegal to use scuba gear to collect paua as it is harmful to the biodiversity of the species.

What can I do under the sea?

Improvements in dive technology have led to the development of a vast range of underwater activities. Diving is no longer an activity restricted to the military and research sectors, but a popular recreational pastime. Your hobby probably has some kind of underwater application, whether it is sport, photography, fishing, caving, or just taking in all the spectacle of the deep blue.

If you just want to get out there and have a look around beneath the surface, snorkelling is a great introduction to diving in its various forms.

To start snorkelling you will need:

Options for the more experienced snorkeler

To start scuba diving you will need:

Get out there and experience a whole new world under the sea!