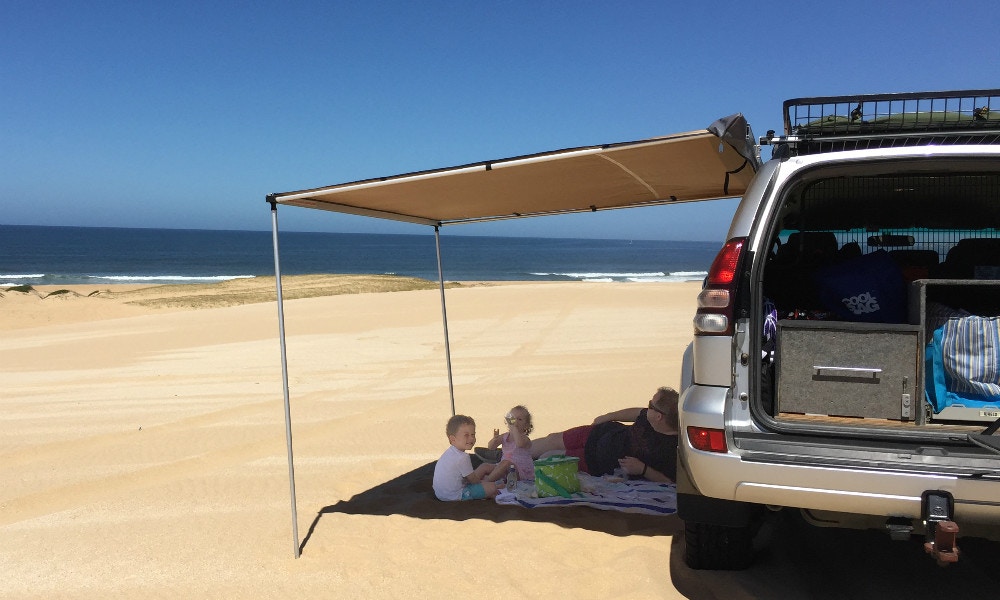 When hubby first suggested a month on the road with the camper trailer, I was excited but quite apprehensive at the same time.

How would we cope for one month on the road with two kids under five?

Would they be okay to travel a long way?

Would we have to have a million stops every day, or would they be able to relax and enjoy the trip for what it was: a family holiday to be remembered for years?

These and so many other questions flooded my mind, and most of them weren’t answered until we had quite a few kilometres under our belts. If you've ever thought about caravanning with kids in Australia, hopefully reading about our experiences will help you have a great time on the road with your family.

After a lot of planning and pouring over a map, we decided to bite the bullet and take off for a month. We really didn’t have a concrete idea about where we would like to go but thought we would aim for Port Stephens as our northernmost stop, and from there, make our way slowly home.

So, after a few days in Wangaratta (we had a prior engagement there), we set off for the Blue Mountains, just West of Sydney. We knew we wouldn’t be able to make it the whole way in a day, and didn’t really have any idea how far we could get. We did, however, find out the hard way what happens when kids, iPads, and windy roads mix. Not pretty let me tell you! Many wet wipes later and a change of clothes and we were off again.

The kids are good travellers, but we didn’t want to overwhelm them first off, so we stuck to about the 5-hour rule (and this includes lunch stops).

A) The day is broken up

B) They get to play and explore (there are playgrounds everywhere!), and...

C) Food is in their little tummies. On that note, I tend to overcompensate for the amount of food they need, but it's better to have too much than not enough.

After two days of driving, we reached the Blue Mountains. What a stunning place to visit! We spent three days here so that the kids could really enjoy the area and minimise the amount of time spent in the car each day. In fact, the only time we used the car was in the heat of the day, where we went for a sightseeing trip so that our youngest (who still naps in the day) could have a sleep in the car with the air con on - the camper was far too hot to sleep in.

A note about kids who are toilet training: they need to go a lot! This is especially evident when you are driving all day...

We had a small portable potty with us, which sealed, so you could wait until an appropriate time to empty it later on. We had also found a washable seat protector, as a backup for those inevitable accidents.

We were then off to Port Stephens, which was a long drive, but doable in the 5-hour window...until I decided to stop off and purchase a stand up paddleboard... It may have added to the trip time, but we compensated by going out for a special lunch (kids' choice) and making it a fun experience.

Seven days in Port Stephens ensured that the kids (and parents) were well rested from the long journey north. Lots of playing on the beach, walking through the bush, driving on the sand at Stockton Beach, having baby chinos in local cafes, and playing in the pools at the caravan park. There were a few challenges to overcome here, the main one being that the toilet block was a good 150m away from the campsite. This is where the travel potty came in very handy, as little bladders just can’t make it that far. The other main issue was the heat. In the middle of the day, the temperature soared to the high thirties, and the heat inside the camper was stifling. Again, we had to be clever with our adventures and made sure that we went for drives most days around nap time. Little miss got very good at dropping off to sleep in the car.

We made sure that everywhere we stayed had a pool and a playground, as happy kids make happy camping trips. As it was so warm, the pool and the beach became our local haunts, with the former being the place of choice in the afternoons when the sun was at its hottest (most pools had some sort of shade over them, and were close enough to our site so that water bottles could be refilled easily). This also meant that if the kids were a bit crazy in the afternoons, they were close to home and familiar surroundings.

How to sleep two adults and two kids in one camper

Overnight was always fun in our Jayco Swan camper trailer. We have two sides that open out into beds, and the kids just love sleeping together. Unfortunately, we have to put them at separate ends of the camper when they're going to sleep, otherwise, they would play all night. So, our son (the eldest) goes to sleep in our bed and the younger daughter in their bed at the other end of the caravan. When it is time for us to sleep, we transfer him to his own bed (this also has the added benefit of him warming our bed before we hop in, ha-ha.). The mornings are always early, as when the kids first see each other, they just want to play! Trying to keep them quiet in the morning (I’m sure the other campers don’t need to know its morning so early) is hard, and I wish I had some magic idea here, but it seems that the only thing that works is putting Peppa Pig on the iPad to keep them quiet.

We spent a lot of time in different places, whilst making our way slowly home. Jervis Bay was amazing for kids, with lots of safe beaches for them to swim and cafés to try out. And they loved the kangaroos which fed each night near our camper trailer in Pambula Beach. They made friends with other kids who were also camping, took the neighbour's dogs for walks, played tennis on the park courts, and loved spending time with each other. The temper tantrums seemed to subside for the month away, they played really well together - most of the time anyway - and they loved exploring new areas.

One issue, however small, was being in each other's spaces for a whole month. It's really important for everyone to have “personal time”, little kids included. Obviously, we couldn’t let our kids wander around by themselves, but we made the most of the opportunities that arose. When we were at Fingal Bay, we were camped next to a lovely family with three older girls. These girls loved our kids and wanted to watch a movie with them in their caravan for a while. The mum and dad were there too, and it gave us an hour of kid-free time to relax. I went paddle boarding as much as possible and ran most mornings before the heat got too intense. My hubby went mountain biking a few times or went to have a quiet coffee at the local café to get his personal space / time. These hours were very important for family sanity and gave us something to talk about later.

Our last day of driving was massive. An 8-hour stint in the car (which would have been shorter if it weren’t for the inevitable toilet stops), but it was okay – the last stop was home and our own beds.

We had a wonderful month on the road with our two under fives: we learnt a lot about our little kids and became even closer as a family, and we can’t wait to do it all again! 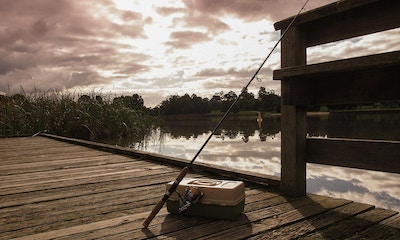 Want to take the kids fishing close to home? Check out one of Victoria's stocked family fishing lakes. ... 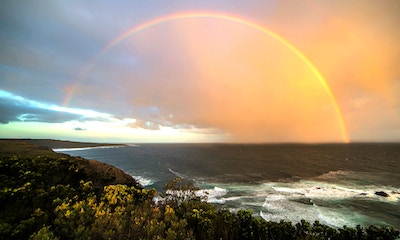 10 Tips for Saving Money as a Full-Time Nomad

Thinking about hitting the road full-time? You're going to need to watch your spend - but that doesn't mean you can't have fun.... 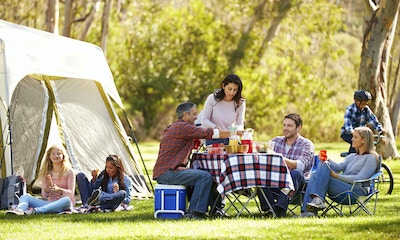