Canoe Innovations - from the Danube to Paterson Lakes 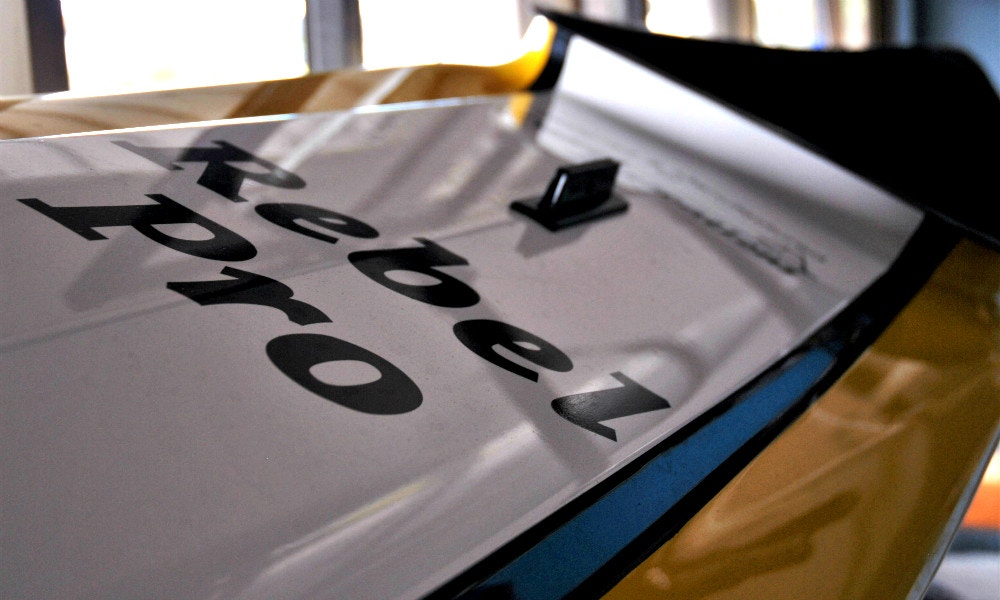 A river such as the Danube leaves an impression on the lives of all those who grow up along its banks in some way.

There had originally been three cities on the banks of the Danube: Buda and Óbuda on the west bank; Pest on the East. In 1873, three cities once divided merged into one, combining culture, economy, and governance forming what is now Budapest. The Danube was the line in the sand, but now, it is the heart of the city.

Like many young boys in Budapest, Steven Vegh grew up playing in the Danube in the summer. As a teenager Steve, watched with his friends from the shoreline as canoeists and kayakers from the nearby canoe club slipped past in their fast racing boats, way out in the river where it was too dangerous to swim.

“That really caught my eye, and I said to my mate, ‘we’ve got to go down to the club and try one out.’”

Steve was 14 when he first got into a canoe and held a paddle for the first time. Strangely enough, he didn’t stick with it right away. After about two weeks of going down to the club he stopped going.

But it just so happened that in 1972, the summer Olympic Games were to be held in Munich. Watching the C1 – 1000m Sprint Race event, Steve was enthralled. He remembers seeing one of the athletes who had just won Olympic Gold; the same athlete appeared on the television advertising a carton of milk for his sponsors, and Steve thought to himself, ‘yeah, I’ve got to do that.’

So when he started out at Trade School and found out that one of his mates was a member at the club, he decided to go back and try paddling again. And he kept going back.

Within two years he was one of the top junior paddlers in Hungary, winning many local races, the Budapest Champs, and coming 4th in the Nationals. Steve was selected for the Junior National team: he had a bright future as a Canoeist in Hungary.

Steve showing off his first medals won in Hungary.

Discover more: we chat to three veterans of the Massive Murray Paddle

Soviet forces occupied Hungary until 1990, and like many other Hungarians, Steven Vegh would choose to leave his country before the end of the occupation.

When Steve turned 18 he signed up for his mandatory 2 years’ service in the Hungarian military. He was a promising young canoeist, and, like the other talented paddlers, joined the military canoe racing team. After the first three months of basic military training, Steve was able to continue his training on the water, and would spend the rest of his two years in the army racing and representing the club in Hungary.

He got out of the army as soon as he could; he had a baby, and soon his time was spent less on the water and more at work, supporting his family. Canoe racing wasn’t bringing in enough money for his young family.

In 1982, 8 years before the Soviet occupation would end, Steven Vegh left Hungary with his wife and daughter and escaped to Austria as refugees. There they applied to emigrate to a number of countries: NZ, USA, South Africa, Canada, and Australia.

At the age of 27, Steven and his family went where the wind would take them, to Australia, and settled in Melbourne.

“My wife had some relatives in Australia. I didn’t know any English, so it was very hard at the beginning. I was looking in the yellow pages, trying to find a canoe club, which I did, in Fairfield. And there were 4 or 5 Hungarians in the club who had actually competed at the 1956 Olympics when it was in Melbourne.”

Steve’s chance meeting with this group of fellow Hungarians played a huge role in his development as a paddler, and as a key member in the canoeing and kayaking community within Victoria. Training with his fellow Hungarian paddlers, Steve went on to become a respected canoe / kayak paddler in Australia, winning many championships in sprint and marathon canoe racing. Steve even went on to represent Australia, and was a team leader at the 2007 World Marathon Championships.

Looking at Steve now, it’s not hard to imagine why a journalist mistook him for a junior at the age of 28, referring to him as ‘the young and talented Steve Vegh’. Years and years of paddling and working in the shop has clearly kept him strong and fit, and young.

Get more great advice: check out our guide to choosing the right life jacket

The Beginning of Canoe Innovations

Steve started Canoe Innovations in 1998. Over time, he became more and more interested in the other disciplines within the sport such as outrigger canoeing and ocean ski kayaking, further adding to his skills and his list of race categories. On top of that, in his spare time, Steve began repairing canoes and kayaks out of his garage.

“My father was a cabinet maker, so from an early age I was taught how to carve wood…I was always pretty good with my hands. My first experience with boat building was at the club in Hungary, learning from the boat builders back in the seventies. And I wanted to become one myself, but there weren’t any apprenticeships going. My father said, ‘you’ve got to learn something else that will earn you money.’”

Panel beating, Steve found, allowed him to practice many of the same techniques that he would one day apply building kayaks, and canoes.

“You know, whether you are working on removing a dent from a car, or shaping a boat, you are still shaping something, just working with a different material. You have to develop a good eye so you can create beautiful shapes, curves.”

From top: a Canoe Innovations Sea Kayak; Steve and the team at work; canoes lining the walls; moulds for building boats; and Braća Paddles.

Steve’s garage business steadily grew to the point where he needed more space. He found a small workshop and began designing and manufacturing racing canoes and kayaks. He was the first to import Braća paddles, used by the best canoe and kayak racers in the world.

But the passion dives deeper than boat building, competition, and business. Steve has worked hard to share his time evenly across many faculties of the sport. While training able-bodied athletes at the Paterson Lake Canoe Club, he also trains those with disabilities.

It was announced in December 2010 that Paracanoe would be included in the 2016 Rio Olympics, having made its first successful debut at the 2009 ICF Canoe Sprint World Champs in Halifax, Canada.

As a level-1 Kayak and Outrigger Canoe coach in Victoria, Steve was soon approached by AIS head Paracanoe coach, Andrea King, and asked if he would help train athletes new to the sport. Steve began training Don Elgin, a successful track and field Olympian, and has since trained many others, including the current K1 200m Sprint World Paracanoe Champion, Amanda Reynolds.

Steve helping a Paracanoeist into the water before a training session.

See also: advice for choosing the best wetsuit for you

And somehow, during all of this, Steve manages to build 3-4 custom boats a month while training for Kayak and Ocean Ski events – he recently won a medal at the Marathon World Champs in the K2 doubles partnered with his wife.

Today, Canoe Innovations has moved to a bigger space in Seaford, not far from Paterson Lakes, home to Steve’s club and favourite place to paddle in Australia. Steve can be found either working on a boat, training or coaching down at the club, or powering his ocean ski out into the bay, battling the wind, the tide and the ocean spray.

“From Paterson lakes you can paddle around the world, and come all the way back to Paterson Lakes.”

“Are you going to do it…all the way to Hungary?” I asked Steve.

“…maybe to Tasmania and back,” he laughed.

Check out Canoe Innovations’ range of beautiful custom canoes and kayaks on Outdoria, or get in contact with Steve if you are interested in Braća paddles, or simply want to give paddling a go.

Steve’s happy to teach anyone, regardless of age or ability.