A Basic Guide to 4WDing 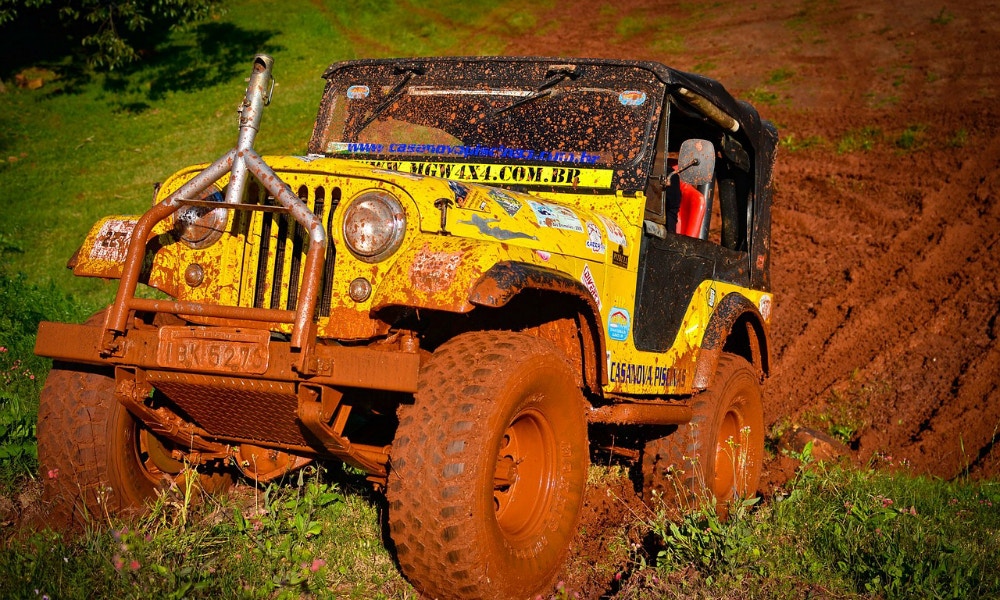 A history in the mud

The original intention of the developers of 4WD technology was not for their vehicles to be driven over rough terrain for the pure enjoyment of it: they were much more utilitarian in their endeavours. Four-wheel drive technology was designed to allow automobiles to navigate harsh terrain, inaccessible by two-wheel drive vehicles. Contrary to what we might think today, 4WD was also intended to help reduce wear and tear on public roads; perhaps by allowing drivers to avoid them altogether.

The first four wheel drive car was the Spyker 60 H.P which was powered by an internal combustion engine. The car was also the first to use a six cylinder engine and was developed by two Dutchmen: brothers Hendrik-Jan and Jacobus Spijker.

As the technology progressed, it was applied to both civilian and military vehicles. The advantages these vehicles experienced were greater low end power (power in low gears) and torque: the turning force applied to a vehicle’s wheels by the drive train.

What is four-wheel drive?

Without getting too technical, four-wheel drive differs from two-wheel drive in that it provides power to all four wheels at the same time.

4WD vehicles will have what is called a 'transfer case' located between the front and rear axles. The axle is the horizontal bar that the front left and right wheels connect to and rotate around – the same goes in the rear. When activated, this transfer case will lock the front and rear drive trains providing optimum torque to the axle that has the most traction with the surface of the road. Four wheel drive systems perform best when travelling slowly over terrain that would be difficult or impossible to navigate without all wheels providing drive.

How have 4WD vehicles changed?

Four wheel drive vehicles have come a long way since the Spyker 60 H.P. These days, it is much more common for them to have fully enclosed cabins similar to those seen on modern sedans. To be successful off the road, a vehicle needs to have much higher ground clearance than your average runabout, and bigger tyres help too. 4WD’s used in competition will often be equipped with a roll cage to protect the driver if they do happen to roll the vehicle over rough terrain or while navigating steep inclines.

Check out our 4WD adventures around Bright and Mt. Beauty

The evolution of the overall makeup of the 4WD brought with it a range of new and exciting sports and disciplines. These disciplines even sparked the development of new 4WD vehicle types.

Rock Crawling is a form of off-roading that pits drivers against rolling rocky terrain. 4WD vehicles will be specially equipped for this kind of driving with big tyres and altered gearing ratios to allow for huge low end torque to pull the hefty vehicles over the rocks at low speed. Rock racing is a popular variation on rock crawling where vehicles travel at higher speeds and aren’t restricted to a specific path by markers or cones.

Mudding is quite simply about getting dirty. Vehicles participating in mudding events will attempt to drive through areas that are dense with mud and clay without getting stuck and needing to be pulled out. Mudding is restricted to private property due to the effect it can have on the land and surrounding environment.

Dune Bashing involves driving a specially customised 4WD over large areas of sand or desert. It’s easy to get stuck in loose sand so dune bashers will often do a number of things to their vehicle to ensure they don’t get trapped (too often). Letting some air out of their tyres helps increase surface area effectively creating a wider platform on which they are driving. The wider the wheels, the less likely they are to cut through the sand and get wedged in there.

There are two classes:

RTV – for road taxed vehicles; that is, vehicles that are often modified, but are still road legal.

CCV – for cross country vehicles that have been modified far beyond the legal parameters for a roadworthy vehicle.

Competitive trials focus more on the skill of the driver. Obstacles or sections of road will be attempted by the driver at low speed due to the steepness of the incline and the sheer amount of mud and debris on the road surface.

While no trials event is designed to cause vehicles to fail in their attempts to complete them, accidents do happen, and vehicles do get stuck. Event organisers are on hand to help pull them out or roll them over if an accident occurs. Due to their sturdy construction and the common addition of roll cages, the likelihood of injury to the driver is greatly reduced.

Where can I take my 4WD?

The limits of where you can go will usually be determined by the owner of the land you’re on, your skills as a driver or the vehicle you are using. For example, it is illegal to intentionally drive on back country roads in some national parks due to the negative effect heavy vehicles can have on the flora and fauna.

Before heading out to your local forest or national park to take the 4WD for a spin, make sure you are aware of the rules and regulations regarding its use in that area.

Get our top tips for 4WD fist timers

Things to know before you make tracks

The debate is hot as to whether or not four wheel driving has a significant impact on the environment. One thing is for sure, 4WD’s are heavy vehicles and their tyres can chew up dirt roads and terrain extensively. Your local farmer probably won’t appreciate you gouging huge tracks in his access road, so it’s best to ask permission first or use designated four wheel driving trails. Stick to the path, and try not to spin those wheels. Not only will you preserve the integrity of the road itself but you will be far less likely to get stuck as well. 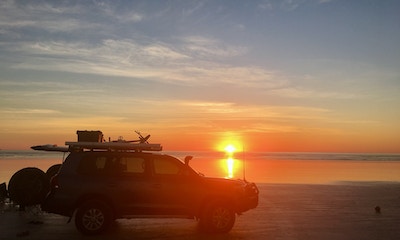 Feeling the Sand Between Your Tyres

From the first time she ever drove on a beach, Jac was hooked. Why on earth had she ever walked, lugging her gear, when there is such a convenient alternative?...

The guys at 4x4 Together take on Jolly Nose State Forest ... 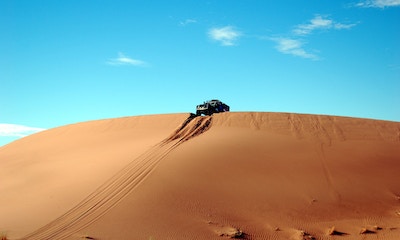 AWD vs 4WD – What’s the Difference?

Looking for a 4x4 to take you to a world of outdoors? Know your drivetrains before laying down that hard-earned cash....