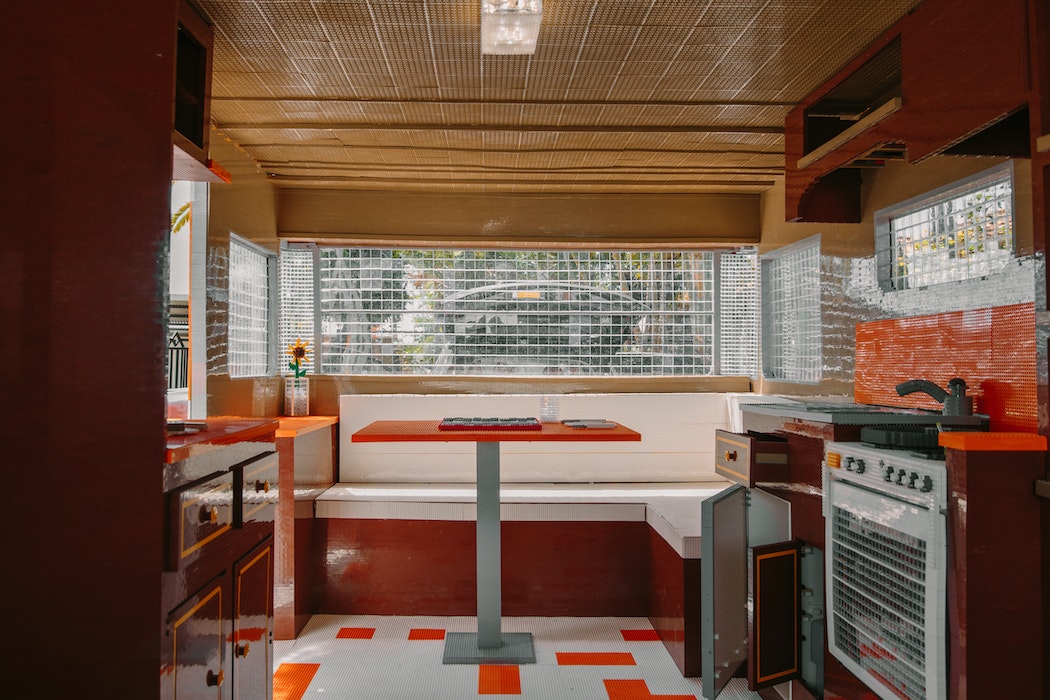 The project, which was commissioned to celebrate the 50th annual Queensland Caravan, Camping & Touring Supershow, was built by a team of up to 20 adult fans of LEGO (AFOLs) from across Queensland and interstate, took 10 weeks to plan, over 20 weeks to build, more than 530-man hours and features 288,630 individual LEGO bricks held together by 70 L of glue.

The caravan built from LEGO bricks is a life-size replica of an iconic 1973 Viscount Royal, Australia’s largest caravan manufacturer in the 70’s, and sits atop an original and functioning Viscount chassis.

Caravanning Queensland General Manager Jason Plant said they always wanted to do something on a grand scale and building the world’s Largest LEGO caravan was the perfect idea.

“It’s fantastic to be part of a project that will connect two great family activities – LEGO and holidaying – and shed a new light on caravanning and camping in Queensland with a GUINESS WORLD RECORDS title,” Mr Plant said.

The caravan will be on display at the Brisbane Holiday Village until Friday, September 28, where patrons will be able to book in for a night stay before it begins a tour around the country with Top Parks.

Head of Top Parks David Smith said as Australia’s largest network of independent parks, the company had thrown its support behind the project.

“The Viscount van symbolises the memories of many Australians, back in the 70s and 80s, of a family caravanning and camping trip,” said Mr Smith.

“Manufacturing has come a long way since then, but you still can’t go past hooking a caravan on and exploring the outback.

Over the coming months we hope to see the caravan hit the road, visiting key destinations in our extensive network of parks. It’s fair to say it will turn some heads, and we hope it will also inspire people to make their own dream holidays a reality – no matter how ambitious they may be.”

The caravan has beaten the previous GUINNESS WORLD RECORDS title holder for the Largest LEGO caravan by 73,472 bricks.

Avid caravanner and Brick Builder, Ben Craig, said the project wasn’t without it’s difficulties and we’ve definitely pushed the capabilities of LEGO bricks, especially with such a large open space inside.

The caravan, which is fully equipped with a double bed, wardrobe, sink with running water, stove, refrigerator, and dinette, cupboards with sliding drawers and operating taillights, will be on display at the Brisbane Holiday Village in Eight Mile Plains until Friday, September 28.